This Walt Disney signed letter is dated April 29, 1952. The Snow White and Seven Dwarfs letterhead coincides with the re-release of the motion picture that year. Walt thanks author Alex F. Osborn for "taking time to say so many complimentary things about Snow White." 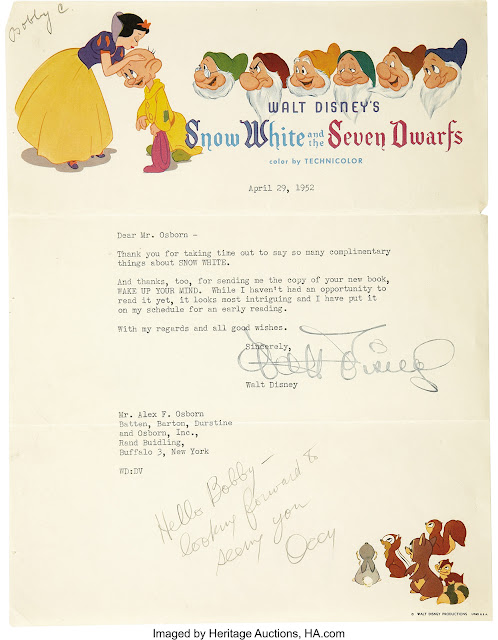 
In the previous post, see a blank sheet of this Snow White stationery, as well as examples from other films.
Posted by Snow White Archive at 12:30 PM