Following the great theatrical success of Snow White and the Seven Dwarfs in the late 1930s, it wasn't uncommon to find unlicensed knockoff Snow White figures being sold at carnivals. They were usually made of chalkware or plaster and often lacked the finer details found in the porcelain figurines from the same time period. (Several examples of carnival figs can be seen in earlier posts A, B, C.)

This Dopey chalkware bank recently popped up on ebay. We believe it might also be a carnival copy. As with most of these unlicensed figures, this one bares no Walt Disney copyright imprint. Measures 7.5" tall. 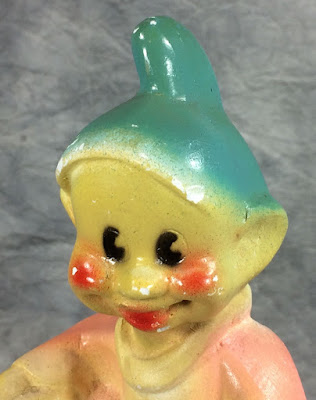 No Disney markings to be found. 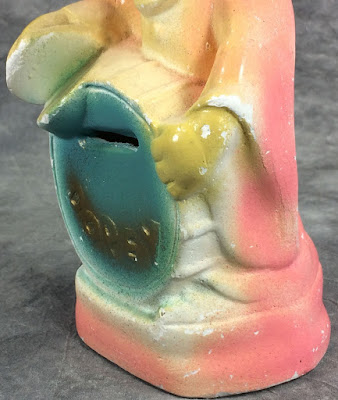 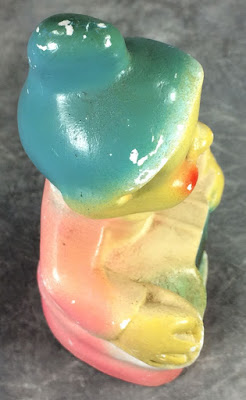 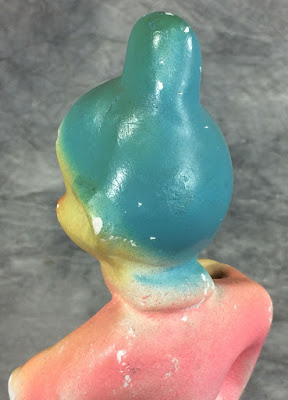 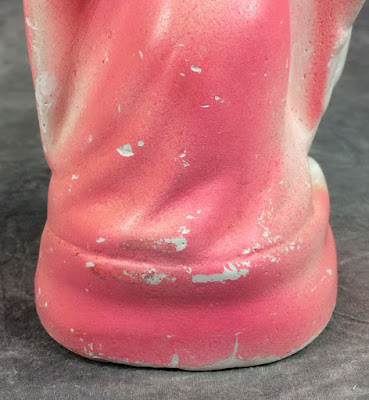 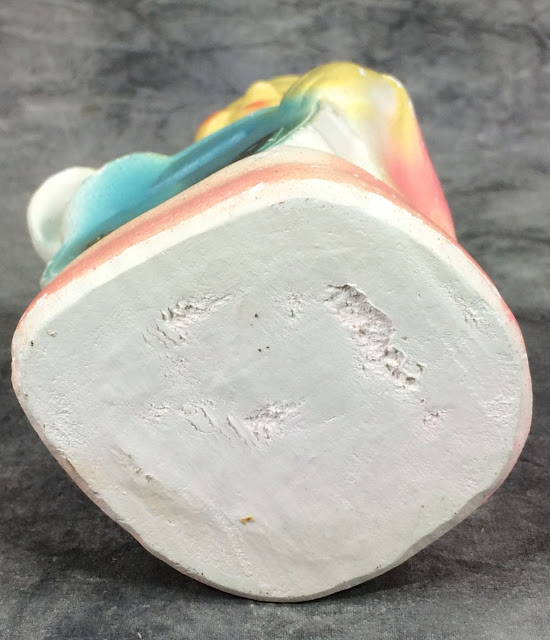 
What also adds to the evidence that this is a knockoff piece is the fact that the same figure was actually produced in 1938 by the Crown Toy Mfg. Co. It was fashioned from composition material and was fully licensed by Disney. See it in an earlier Archive entry.
Posted by Snow White Archive at 12:30 PM