In December 2016, Heritage Auctions listed this well-known b&w photograph from the 1939 Academy Awards. It features Shirley Temple presenting Walt Disney with the honorary Oscar for Snow White. The special award consisted of one full size statue and seven miniatures. (Learn more in an earlier post.)

The photograph belonged to the personal collection of Shirley Temple Black. Mounted to construction paper. Measures 11" x 14" (image area 8" x 9.5"). It is inscribed in black fountain pen ink by Walt Disney..."To Shirley Temple from Snow White, Dopey, and all the gang and me too - Walt Disney". 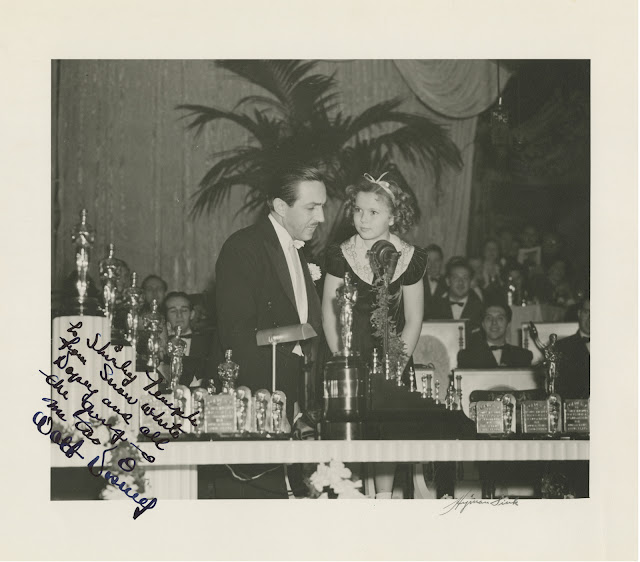 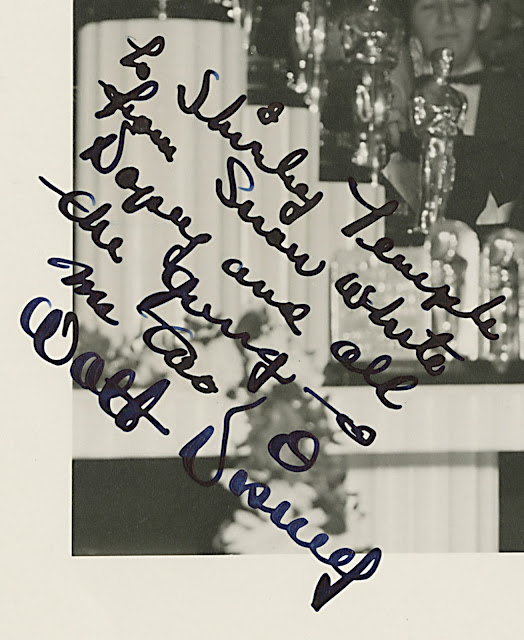 Also signed in pencil by the photographer, Hyman Fink. 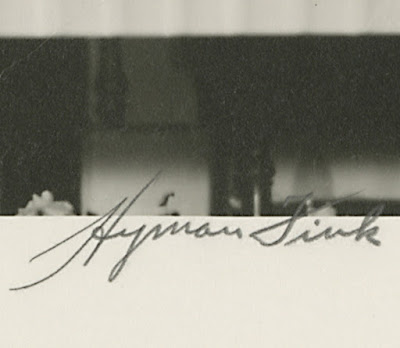 Images via Heritage Auctions.
Posted by Snow White Archive at 12:01 AM