Adriana Caselotti was no stranger to the Snow White dress. She wore it on countless occasions, usually out on public appearance tours to publicize the latest Disney re-release of film. She also posed for numerous in-studio photo sessions. 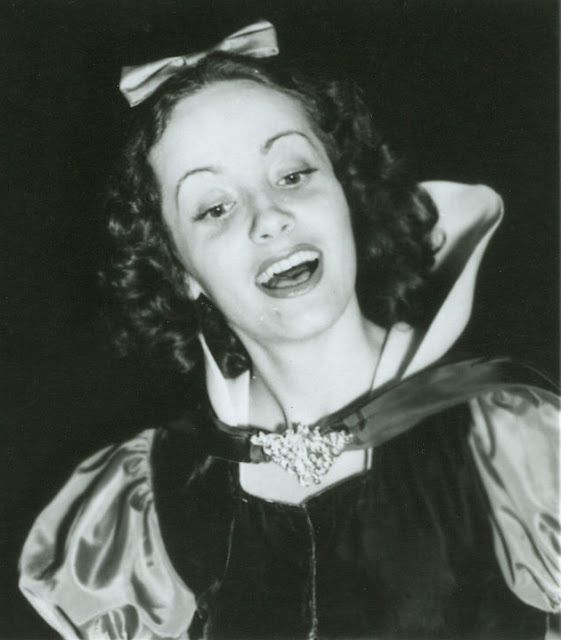 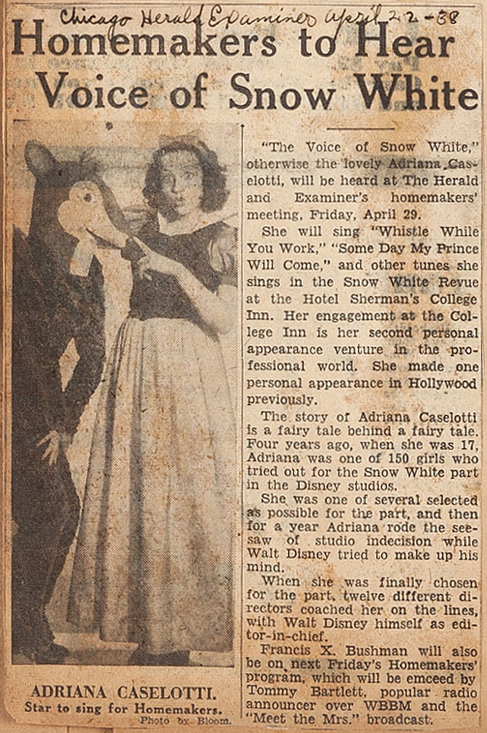 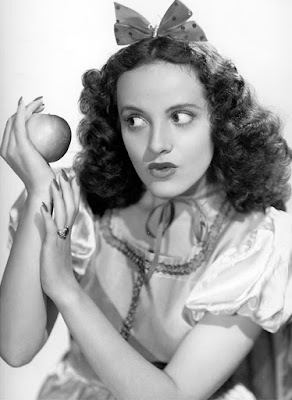 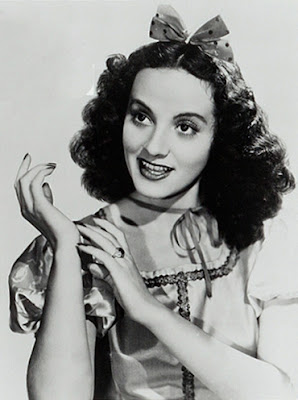 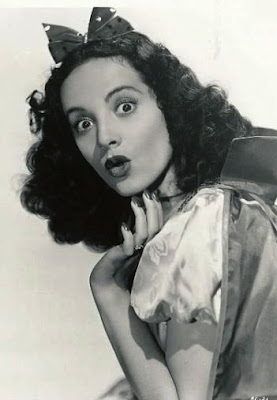 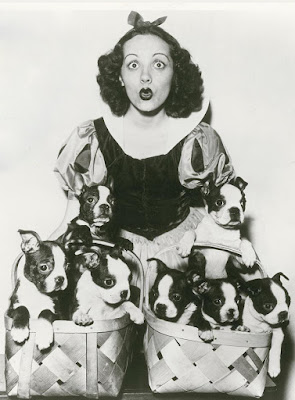 Adriana in her 1958 dress promoting the re-release of the movie that year. 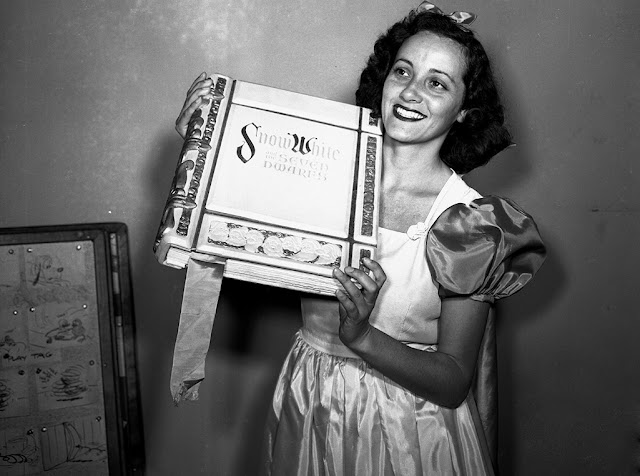 
Additional public engagements included fan conventions, school groups, and other affairs. This pink and yellow version--Adriana's last--belonged to her. She greets a group of school children in 1988 at her southern California home. 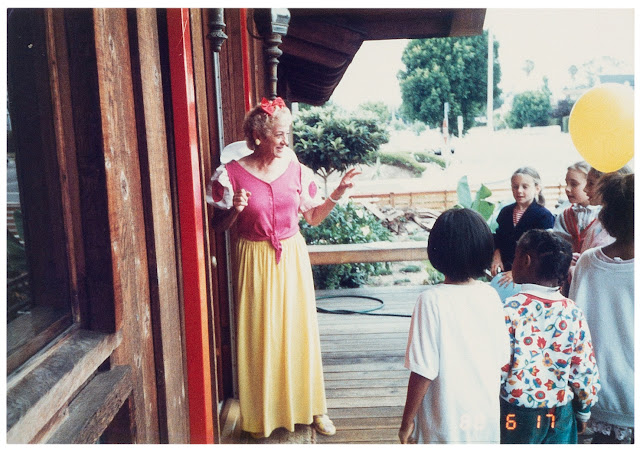 She was pictured wearing it for a write-up in the September 21, 1993 edition of the supermarket tabloid, Globe. 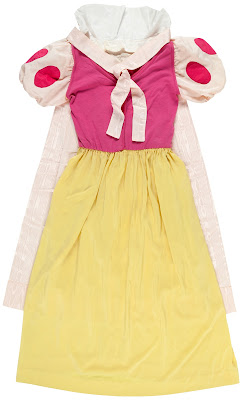 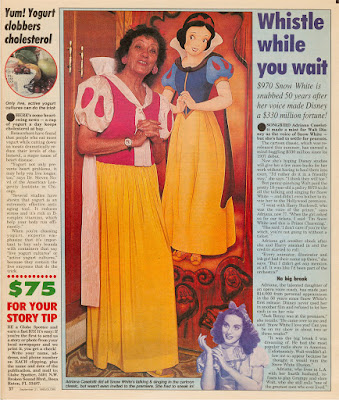 
Though the dress design had changed through the years, Adriana's joyful personality did not. When she wore it, she truly did so with a smile and a song. See a few more examples of Adriana with a Snow White dress in a recent Archive entry.
Posted by Snow White Archive at 12:30 PM