Magic Forest is a quaint little amusement park from a bygone era. And yet, it's still open to the public today. Located in Lake George, NY,  it has kiddie rides, animal tricks, magic shows, and unusual exhibits. A "castle" display building in particular caught our attention. It houses an animated Snow White exhibit which, according to the posted information, "was made by Disney for the 1939 New York World's Fair." 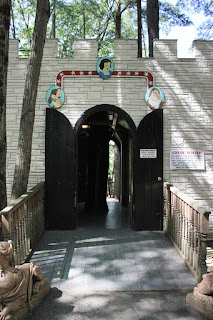 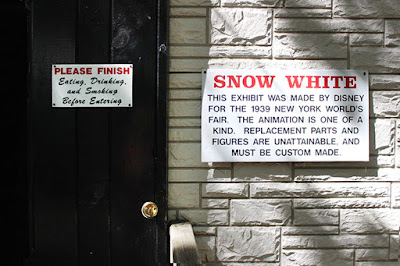 Over a dozen display cases inside feature Snow White dioramas with figures that move. Each figure is hand-painted and clothed. Originally made from papier-mâché, they have undergone many repairs over the years. The animation is simple yet charming, incorporating pulleys and rods. 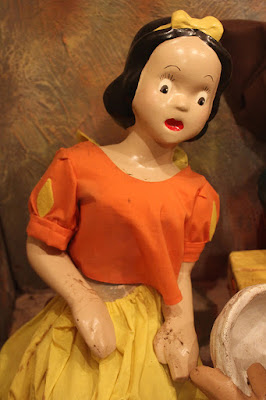 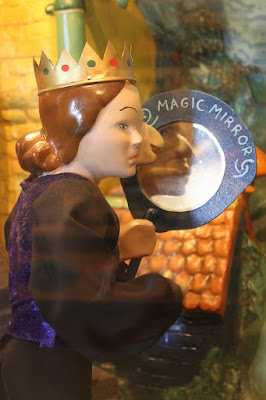 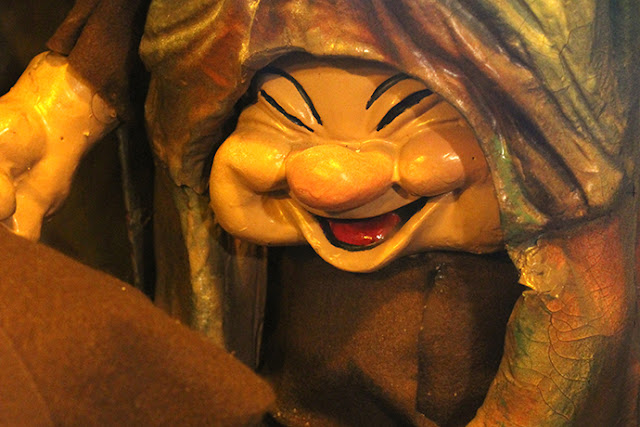 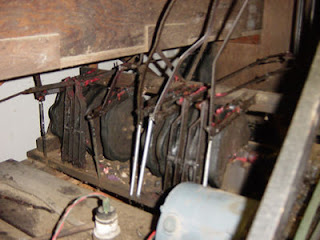 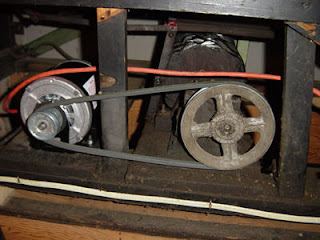 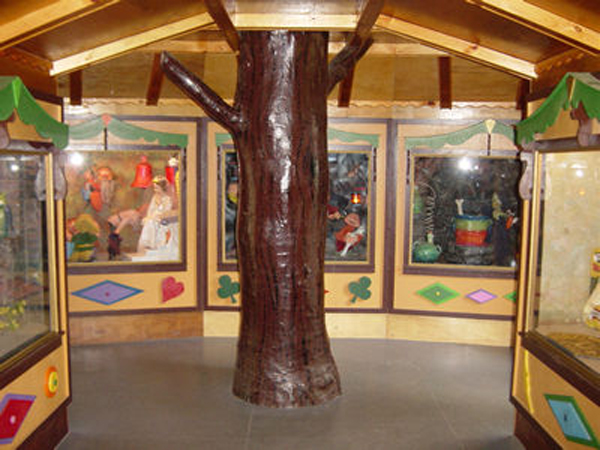 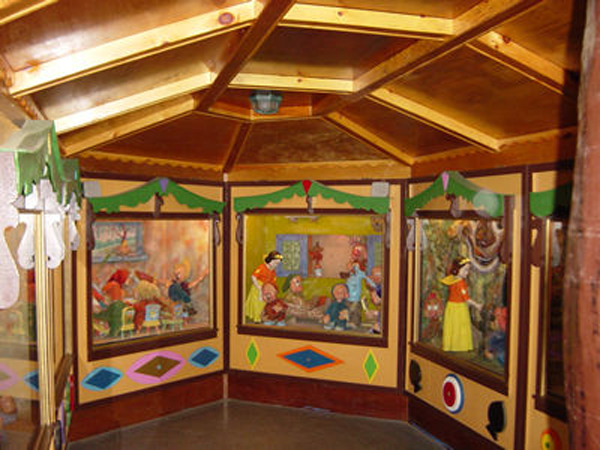 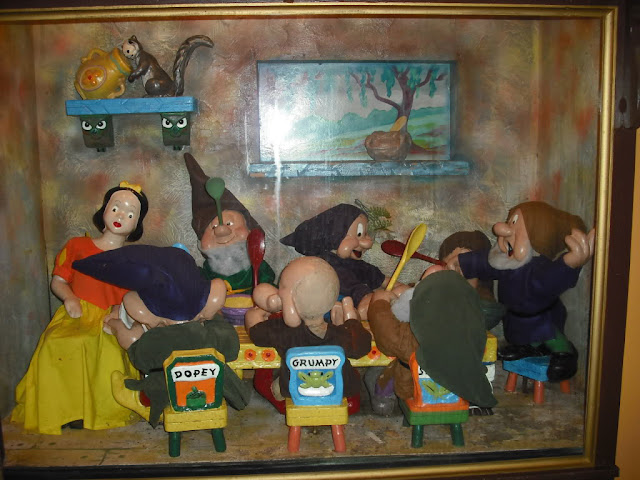 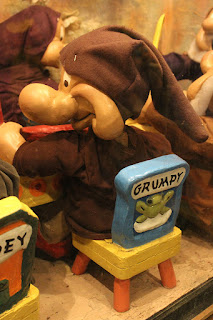 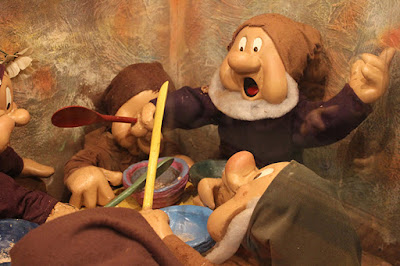 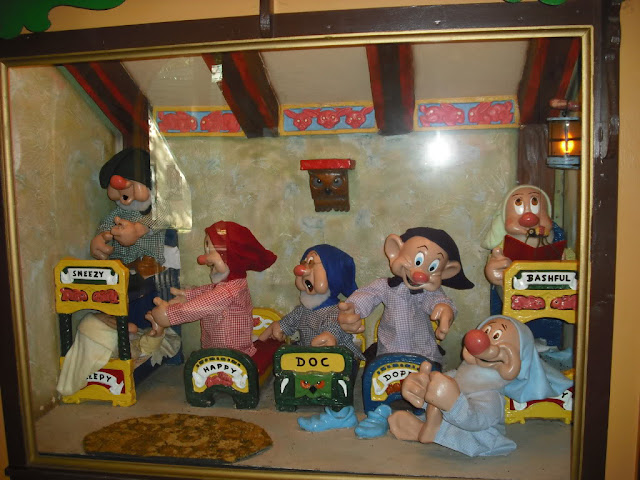 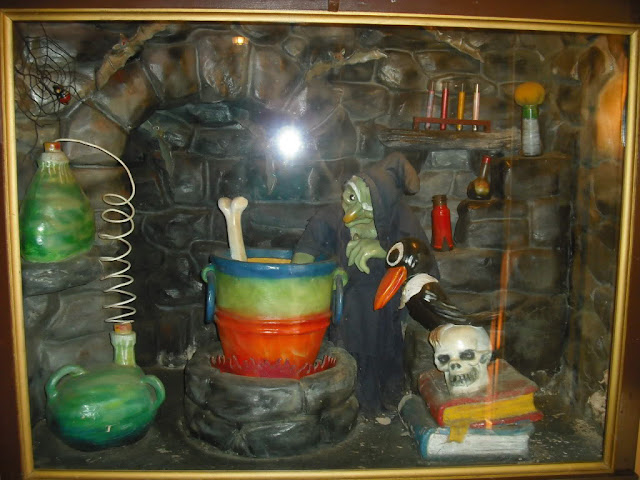 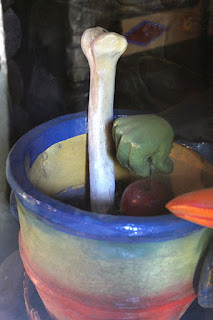 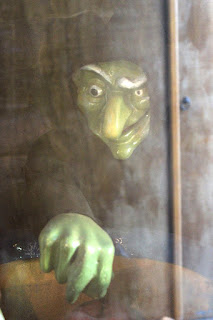 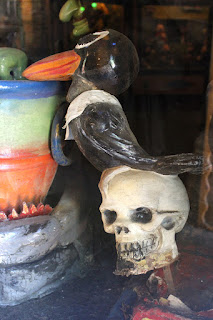 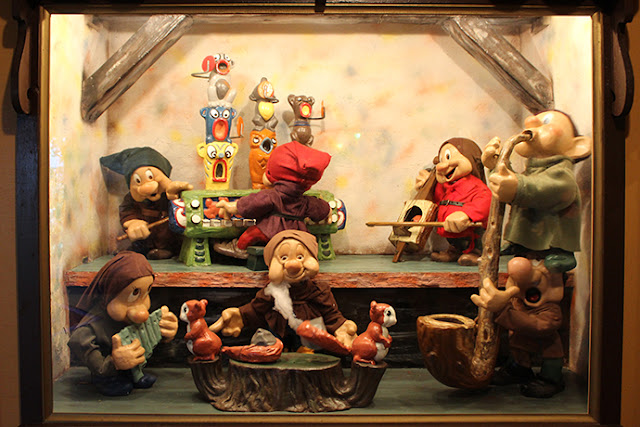 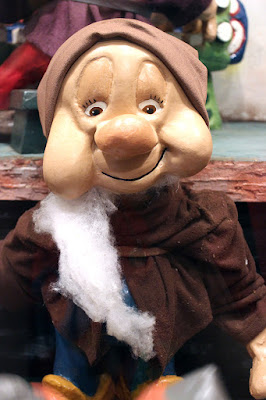 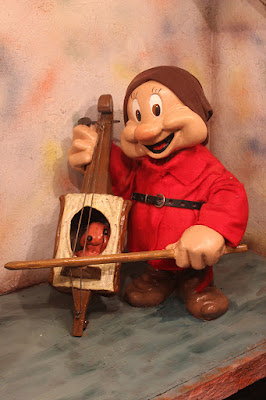 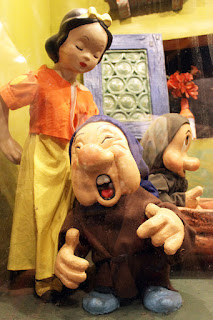 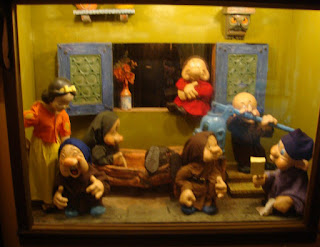 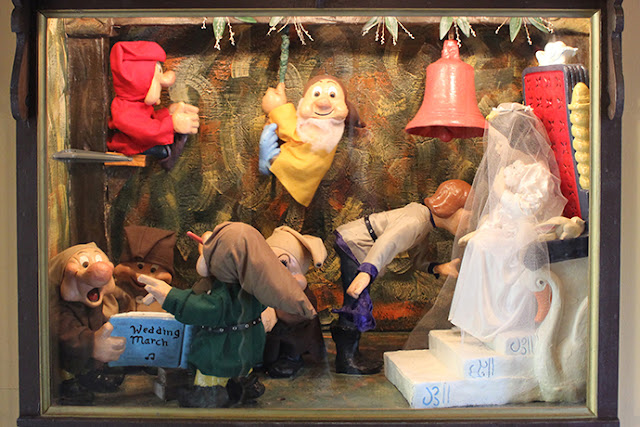 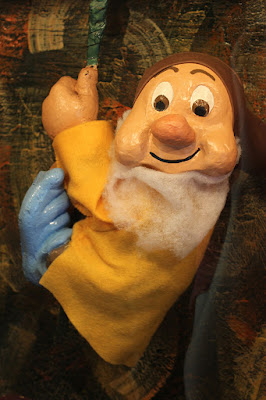 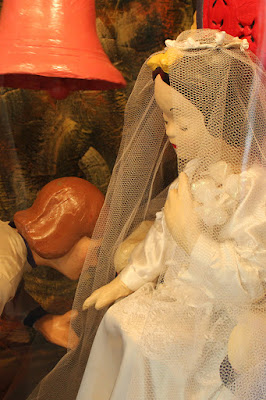 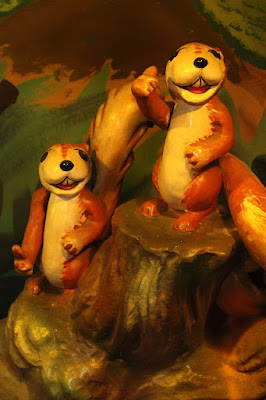 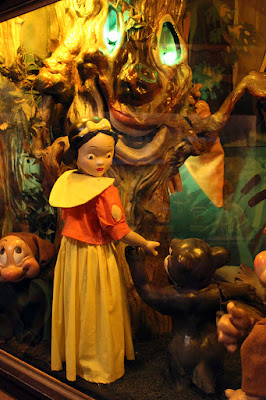 Truth be told, these figures were not made by Disney for the World's Fair. According to Mark Goldhaber at Mouse Planet...


It turns out that the set is actually a department store display piece manufactured under license from Disney by the Old King Cole Papier-Mâché Company of Canton, Ohio. The company—perhaps best-known for its papier-mâché figures of Nipper, the RCA dog listening to "His Master's Voice" on an RCA Victrola—was licensed by Disney to create window and interior displays using Disney characters, primarily for department stores, from 1935 to 1942.

A Kay Kamen catalog from 1937 with an Old King Cole Snow White window display which was available for purchase by department stores. 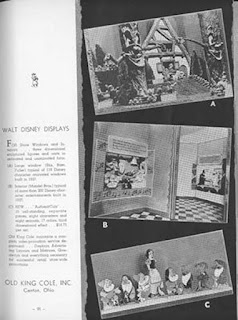 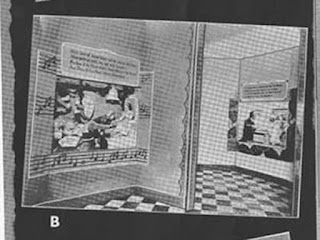 Special thanks to blogger Alexandra of The Only Living Girl in New York for allowing us to repost her photos. Additional images and info via Mouse Planet.
Posted by Snow White Archive at 12:01 AM