It's hard to imagine today, yet it really wasn't that long ago when people still listened to audio cassettes. The technology was dying and on its way out, but the small children's niche continued to hang on for a time. The "Read-Along" series was designed to build vocabulary and encourage independent reading in youngsters.

This Snow White recording was first released in 1992. This version dates from 2001. Story narration by Mary D'Arcy. Introduction performed by Corey Burton. Some dialog taken from original soundtrack but mainly from voices actors hired for this production. The set includes a 24-page booklet and cassette tape. Walt Disney Records. Catalog no. 60562-4. ISBN: 0763419559. Sealed in blister pack. 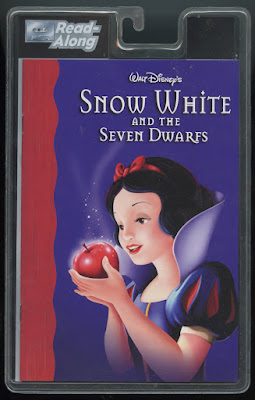 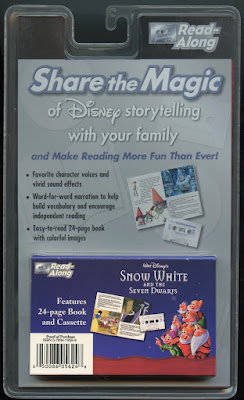 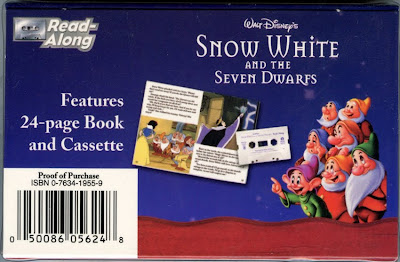 The story was also issued on compact disc with a bonus cassette tape. Catalog no. 60496-2. The booklet was expanded to 32 pages. A couple slightly different packaging versions were produced. 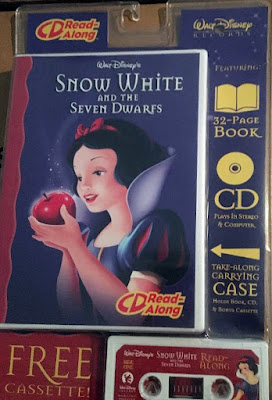 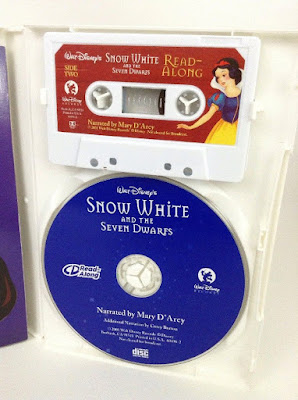 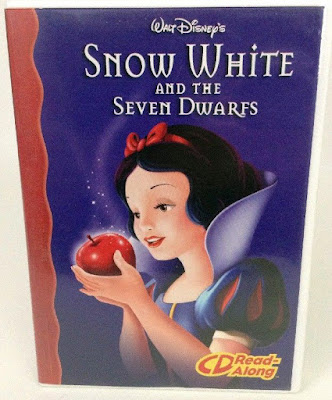 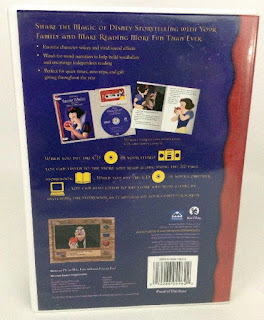 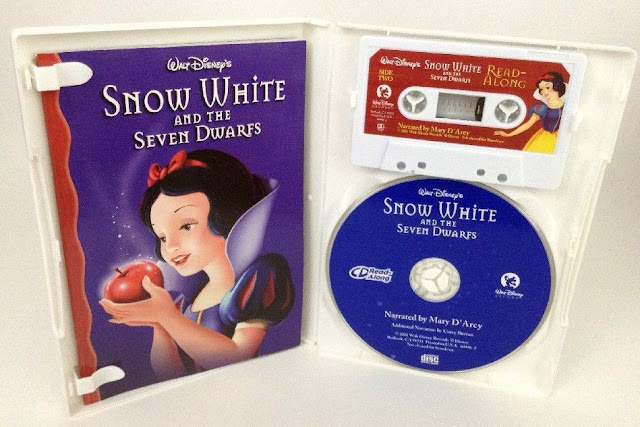 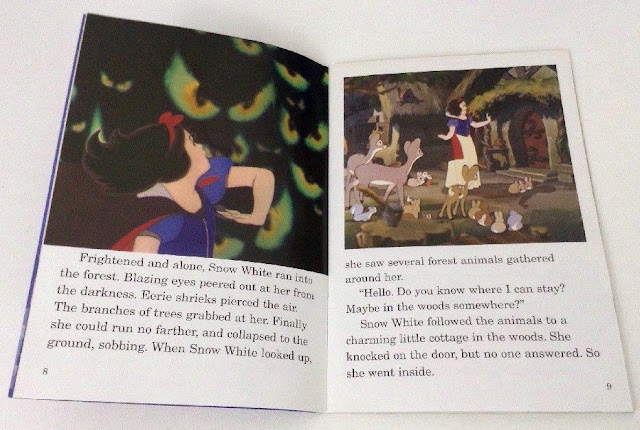 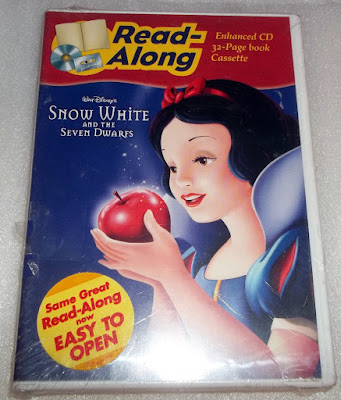 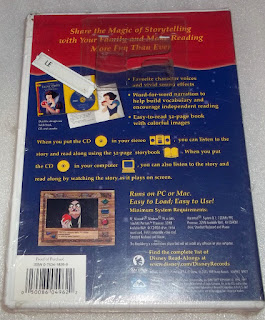 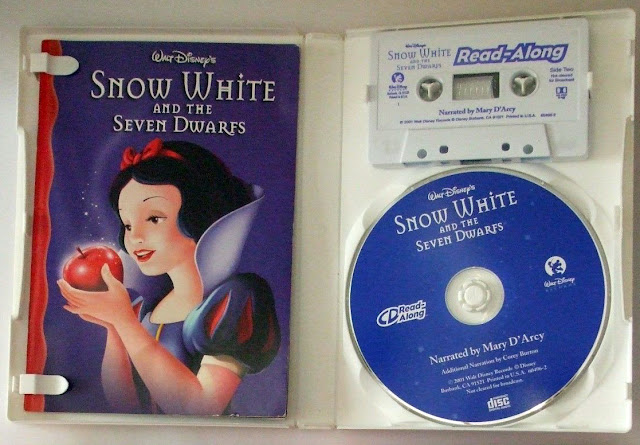