A 1940 newspaper ad from the New York Times for The Great Walt Disney Festival of Hits which included four shorts and Snow White and the Seven Dwarfs. Theatre: Loew's Criterion.

The Great Walt Disney Festival of Hits continued to play at select cinemas throughout the rest of 1940 and even into March 1941. This Box Office magazine promotion encouraged theatre owners to book their screenings. 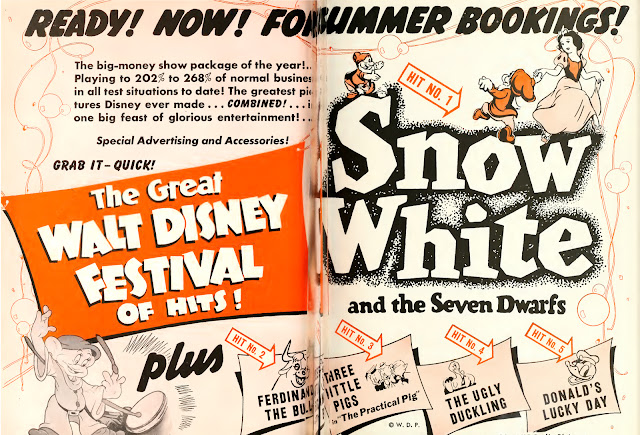