Gashapon (or gachapon) are tiny vending machine capsule toys sold in Japan. In the US, vending toys tend to be cheap and of a low-quality. Yet Japanese gashapon are just the opposite--with greater fine detailing. Many are made from high-grade PVC plastic. They cost more and are highly sought-after as collectable items.

The following Snow White gashapon were purchased directly from vending machines in Japan and images come to us courtesy of the Cheryl Ridge Collection. They date from the late 1990s to early 2000s. The figures range in size from around 2 to 8 cm tall. This first set is by Tomy, the rest were produced by Yujin, now a subsidiary of Takara Tomy ARTS. In addition to the figures, lots of other capsule items have also been issued--tiny stationary, mugs, plates, towels. 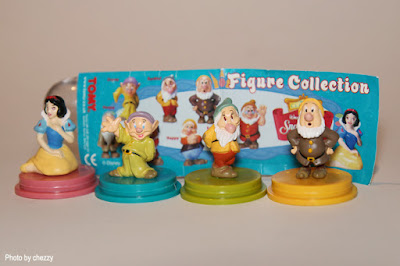 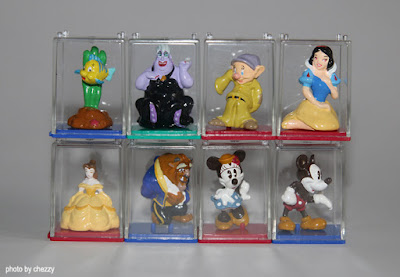 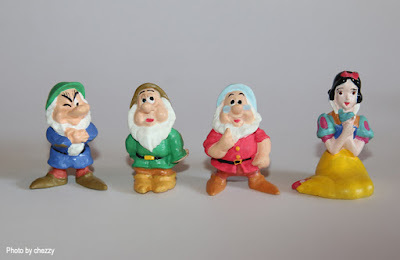 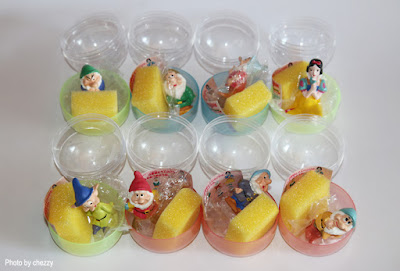 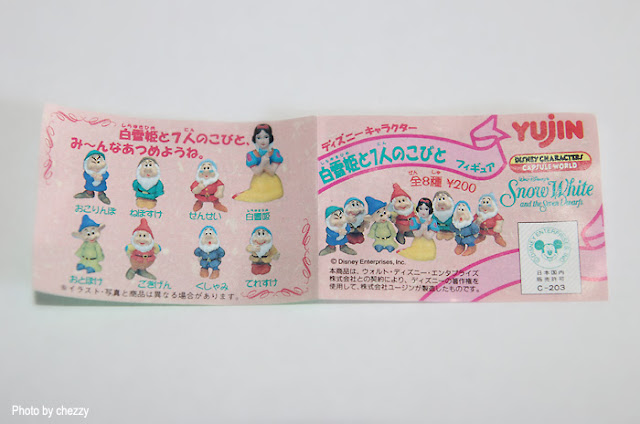 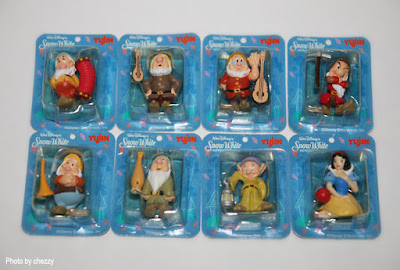 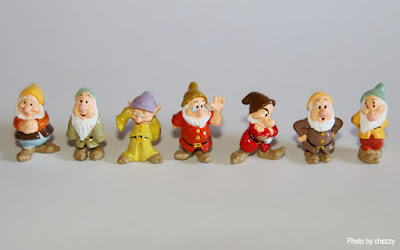 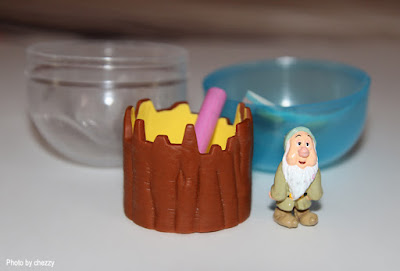 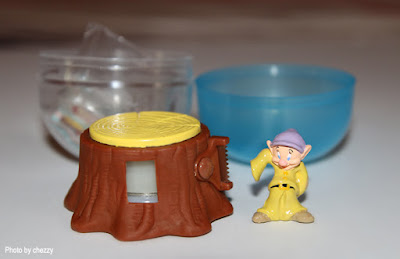 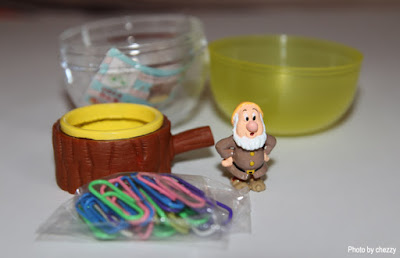 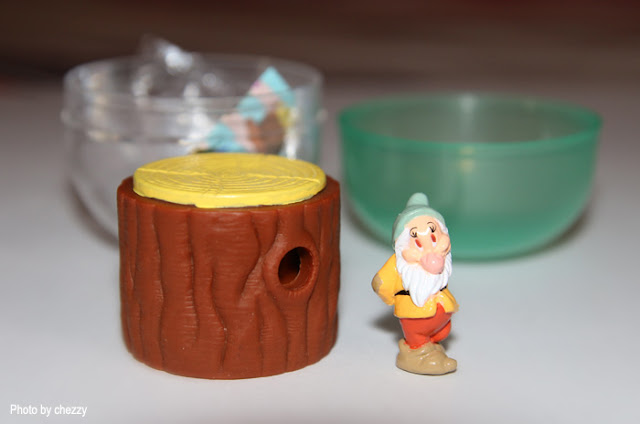 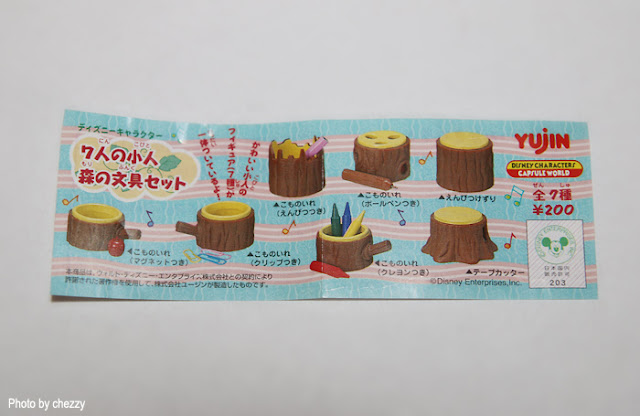 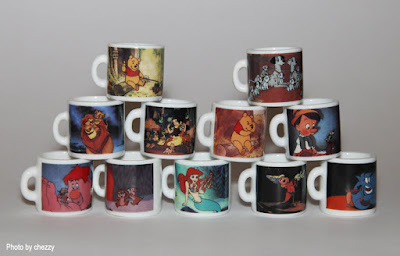 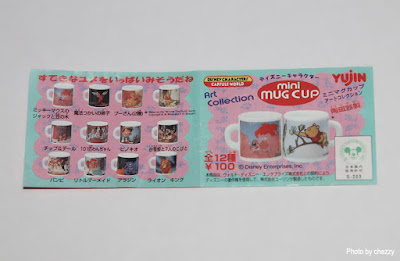 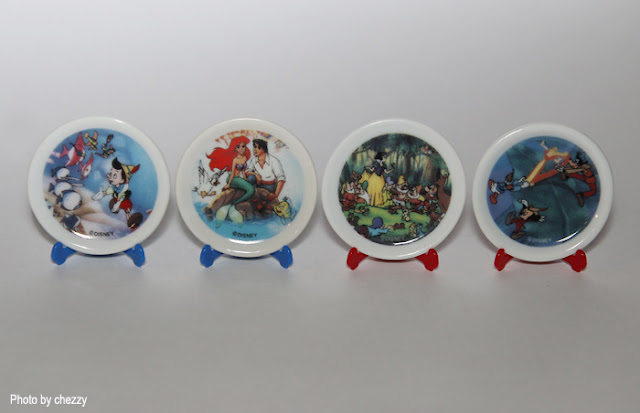 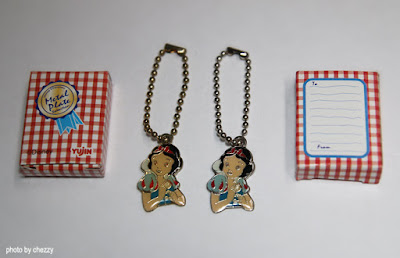 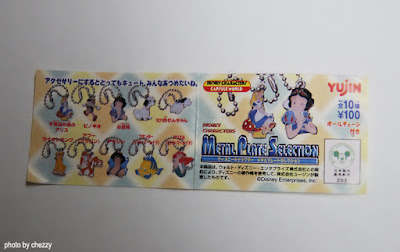 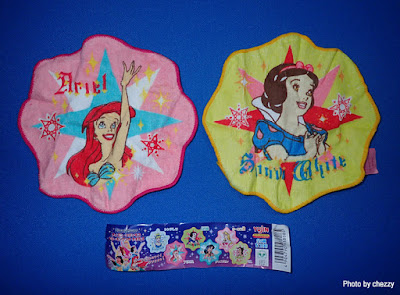 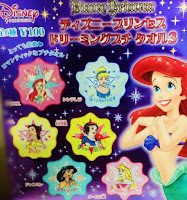 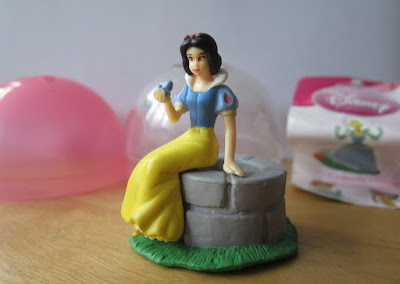 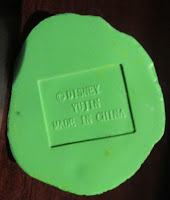 These last images via ebay.