The Bendix Snow White Automatic Washer Promotion was an advertising campaign that coincided with the 1952 re-release of the motion picture in North America. The Snow White washing machine was manufactured by Bendix Home Appliances of South Bend, IN. 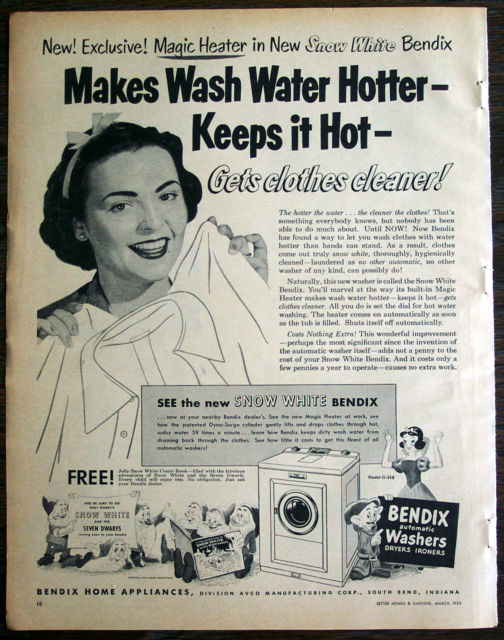 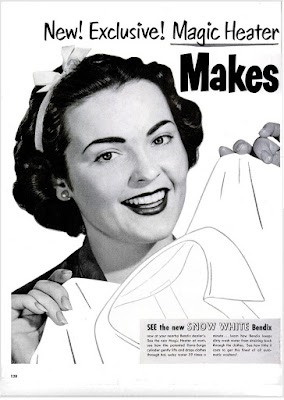 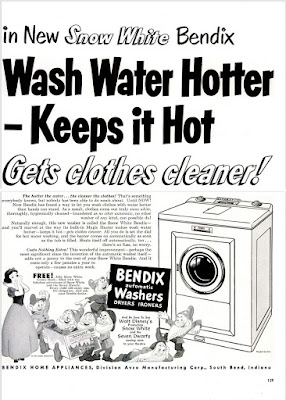 The Bendix campaign is listed on pages 2-5 in the 1952 Snow White pressbook supplement. A 32-page full color Bendix-themed Snow White comic book was produced as a give-away premium (more on it in an upcoming post). 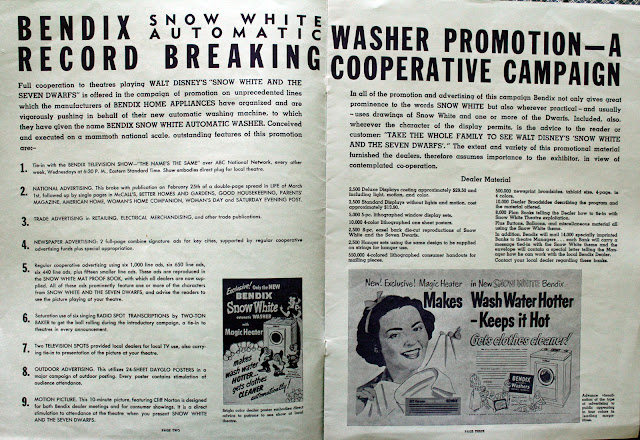 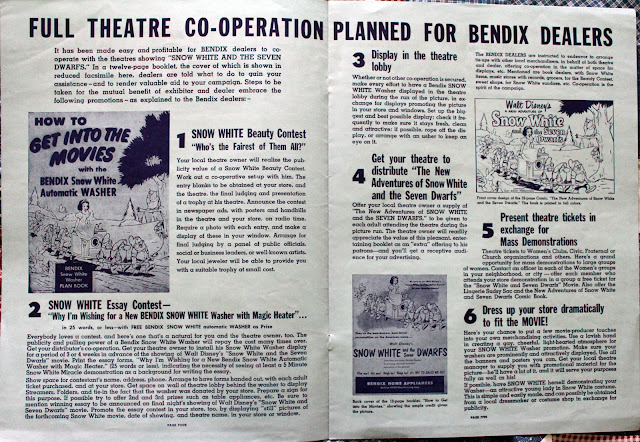 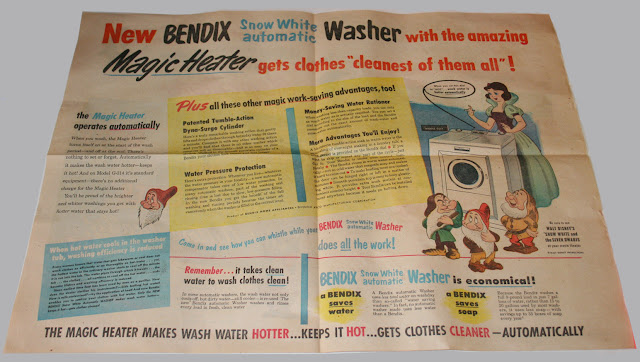 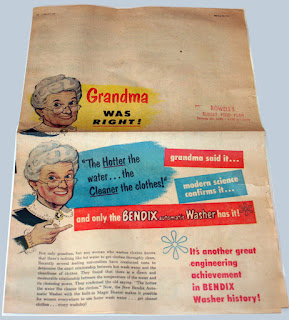 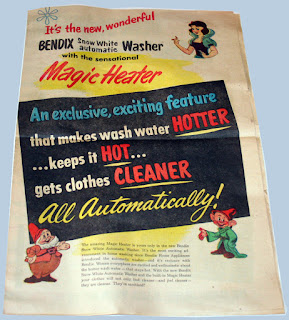 Also see a series of Bendix counter top display standees in the next Archive entry.
Posted by Snow White Archive at 12:01 AM