In the 1960s, toy manufacturer Louis Marx & Company produced a series of plastic micro-viewer toys called Viewmarx. Each was themed with a favorite cartoon character or animated film, including several Disney favorites. A Snow White version was released with the viewer in the shape of the Seven Dwarfs' cottage. A peep hole on the back allows you to see the slide, and a button on the bottom changes the picture. Eight color slides total.

We have not yet come across a photo of the Snow White plastic viewer. However, Hake's did offer at auction a lot of six of the eight numbered 9" x 12" original artwork scenes from which the slides were created. 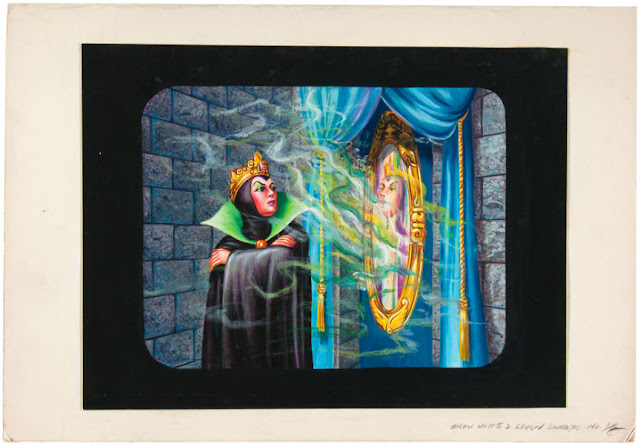 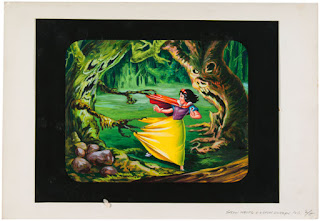 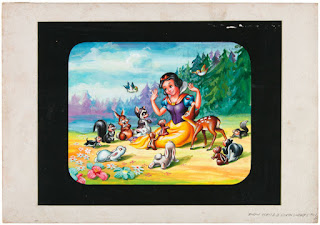 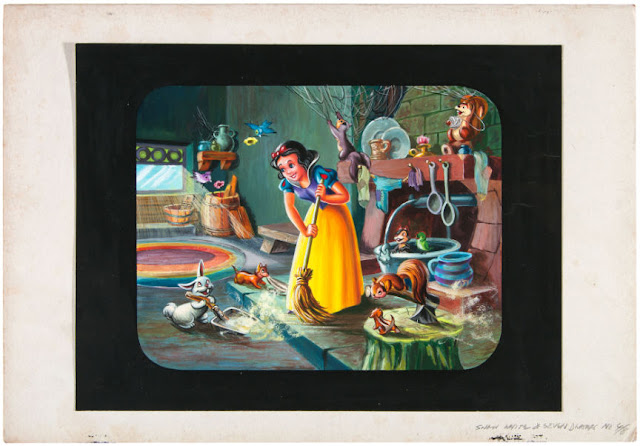 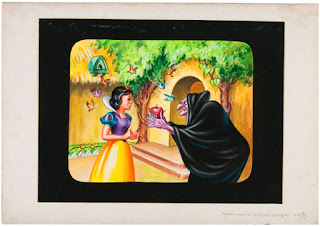 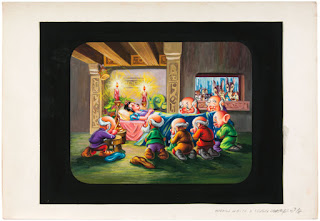 Also included in the lot were two additional pieces of artwork on aged stiff paper, each a pencil drawing of Snow White with the text, "Correct Head And Expression". 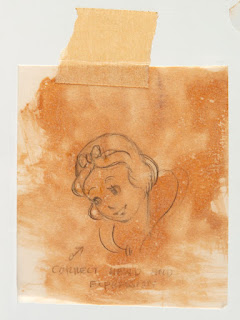 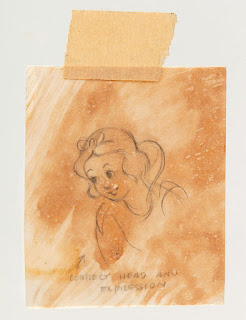 
An Alice in Wonderland Viewmarx slide viewer can be seen over at  Matt Crandall's Vintage Disney Alice blog. It is molded in the shape of the White Rabbit's house. 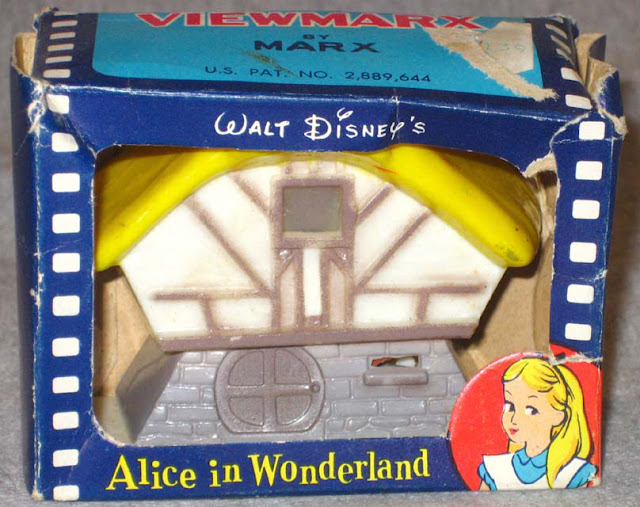 Peep hole on the back and the slide changer button on the bottom. 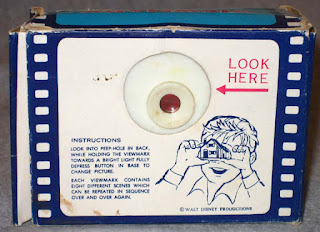 
Non-Disney viewers were produced for other cartoon favorites including these three Hanna-Barbera examples.