The 1955 French Le Petit Ménestrel Snow White "read-along" album, no. ALB 9, was re-issued in Canada under the Disneyland Record label. No. DF-1011. Walt Disney Music Canada. Format: 33⅓ rpm, 12" vinyl. Same cover artwork as seen on other "storyteller" editions during this period. However, unlike earlier releases of this recording, this album is not a gatefold and does not include an attached storybook. Disc labels with silver lettering. 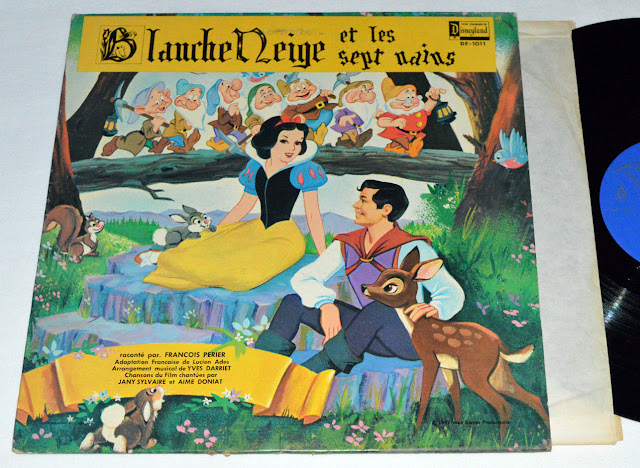 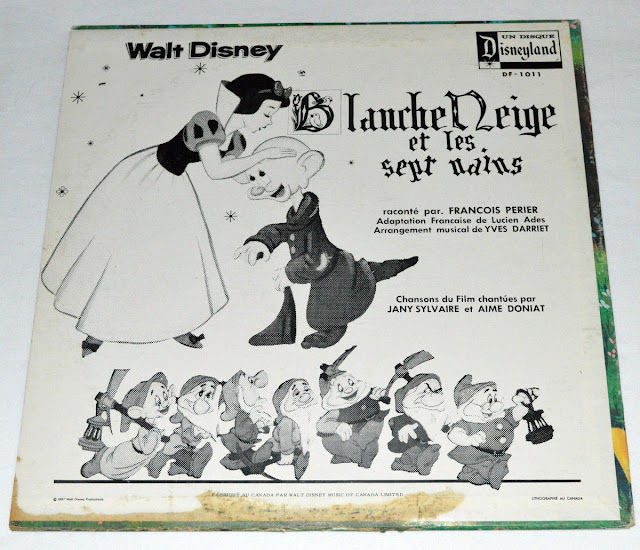 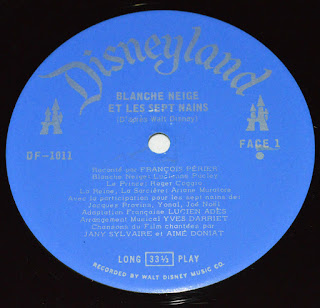