Renowned artist Carl Barks first applied for a position with the Disney Studio in late 1935. He would go on to have a long career and great success with his Donald Duck comics. Yet back in the beginning, he was young and unknown. With hopes of landing a job, he submitted two drawings to demonstrate his ability--both were Snow White-themed--though nothing like what would eventually be seen in the motion picture. Medium: ink and blue watercolor over graphite. Image areas 11.25" x 8".

Snow White with the dwarfs. 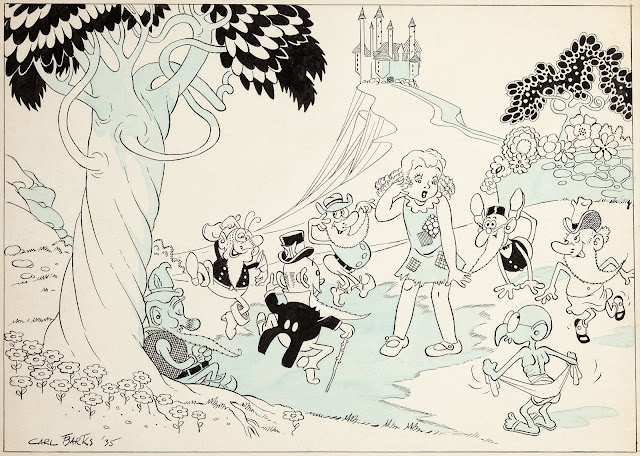 Images and info via Heritage Auctions.


Snow White caught by a giant; five of the dwarfs look to save her. 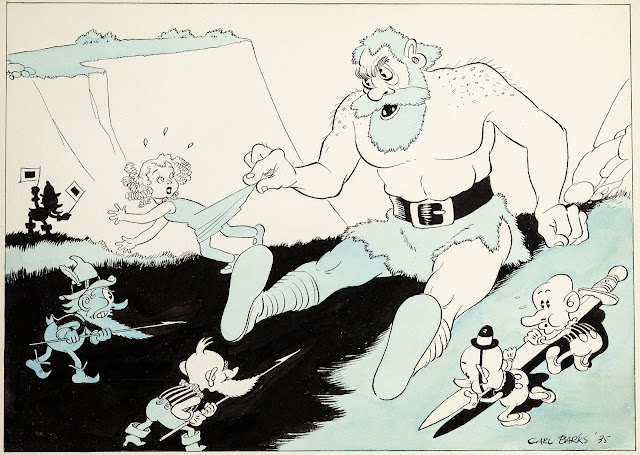 The two illustrations did the trick! He landing a job as an "in-betweener" in the animation department. In an earlier Archive entry, see the drawings he created for gag suggestions to be used in the Snow White film.
Posted by Snow White Archive at 12:01 AM