This advertisement was listed in a comic book from 1967. It features a Snow White 8-piece Spear phonograph set. Manufactured by Porter Chemical Company of Hagerstown, MA. The record player has two speeds, 45 and 78 rpm. An illustration of Snow White and the dwarfs is found on the inside lid. Also included are four records, a record rack, plus loud and soft needles. 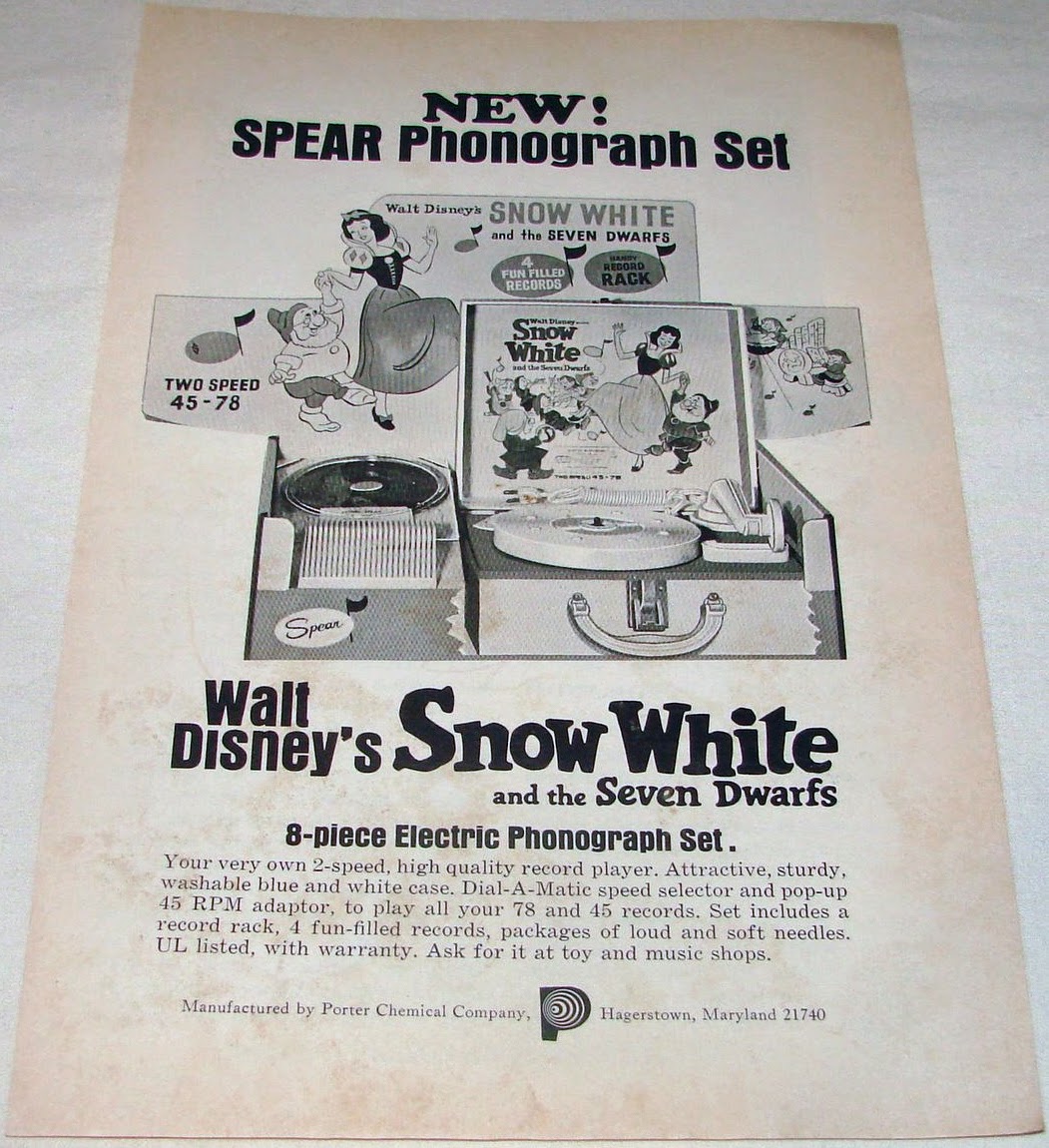 An example of a similar Spear record player, though not a Disney license. 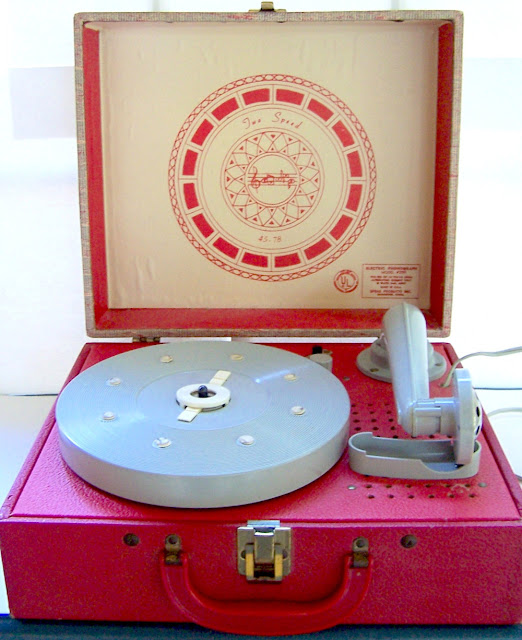 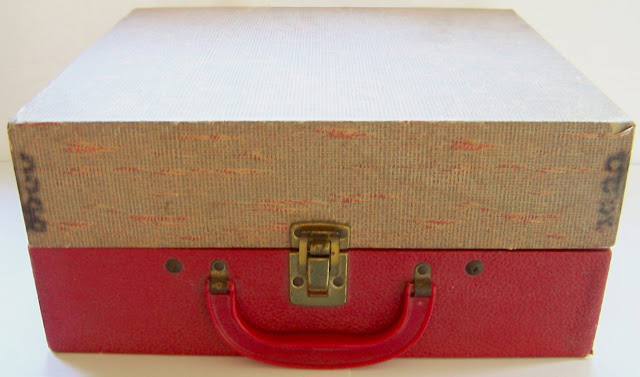