Walt Disney's Snow White In Story & Songs was issued in 1974 on the Mr. Pickwick label. Catalog no. SPC-5117. Format: 33 1⁄3 rpm, 12" vinyl discs. The cover illustration indicates that Pickwick either could not parlay the licensing with Disney to use their artwork or they simply didn't want to pay for it. Yet, they must have procured permission from Bourne Music Co. to use the songs. 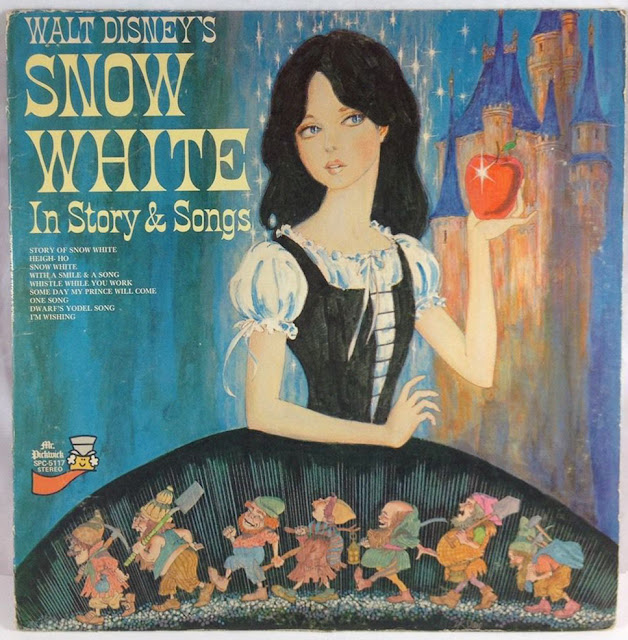 The story follows more closely to the Grimm Brothers rather than Disney and is printed on back cover. 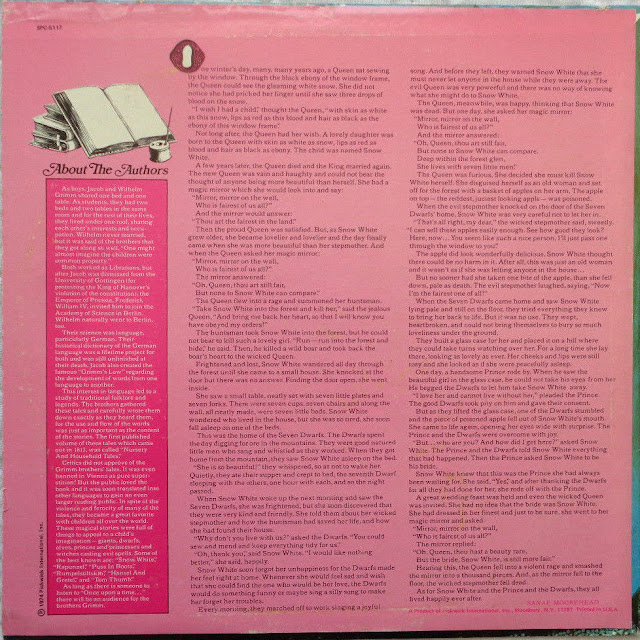 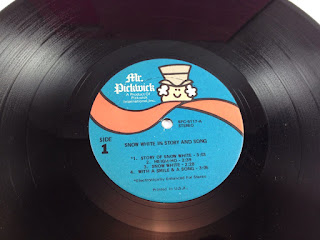 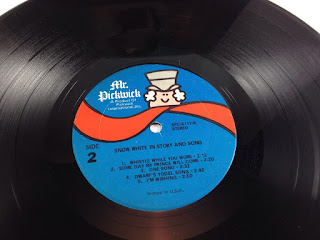 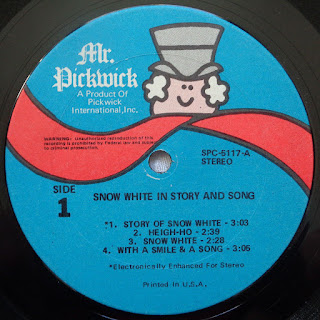 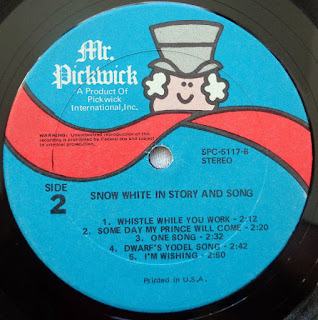 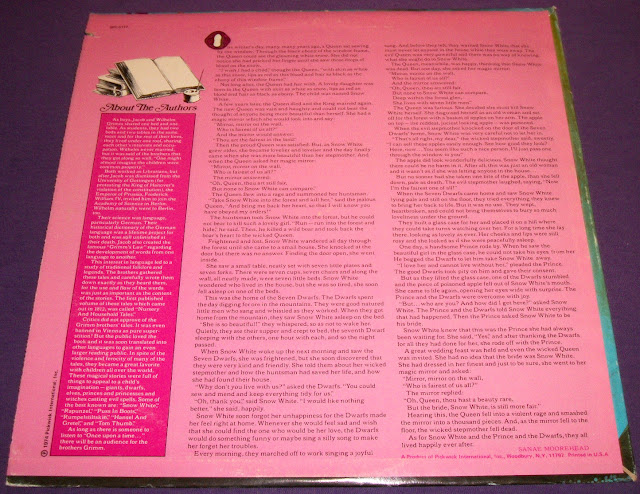 The same album was also distributed in Canada but with a Canadian copyright.
Posted by Snow White Archive at 3:30 PM