In post World War II Italy, ceramics manufacturer, Zaccagnini, started creating Disney character figurines for export to the States. According to Hake's Americana & Collectibles, a contract was signed with Disney in 1947 which would run for over a decade. The pieces were hand-painted with a glazed finish. Today they are highly sought after by collectors in the field.

The Snow White figures were made in both a larger and smaller size set. Large Snow 9" tall, dwarfs 6"; small Snow 7", dwarfs around 4". 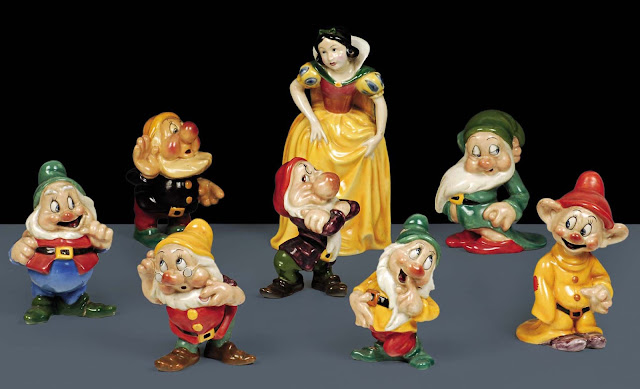 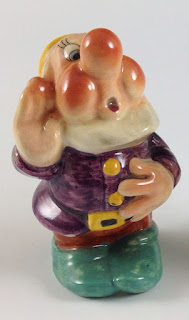 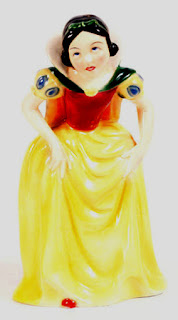 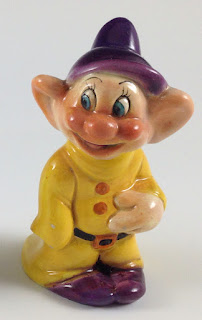 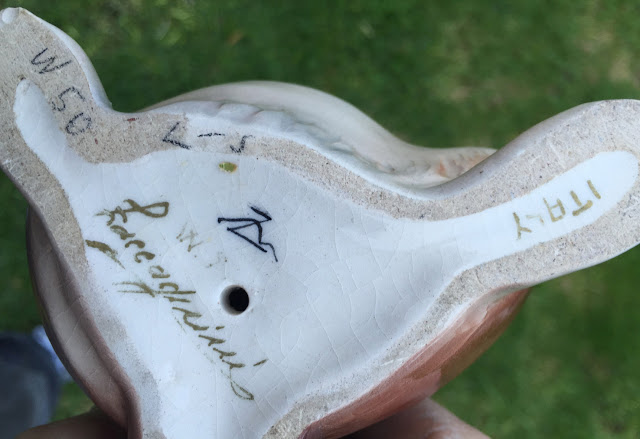 The forest animals are found in larger and smaller sizes too. 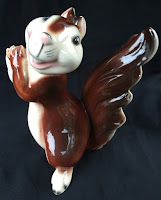 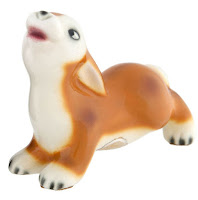 See Zaccagnini salt and pepper shakers in the previous post.
Posted by Snow White Archive at 12:01 AM