London pottery manufacturer, John Beswick Ltd, was well known for making fine porcelain figurines, particularly their Beatrix Potter characters. In the early 1950s, they started producing Disney figures and a set of Snow White and Seven Dwarfs was issued in 1954. It would continue to be made (with a significant update to the princess mold) until it was retired in 1967. The in-house artist responsible for modelling the Disney designs was Arthur Gredington.

Most of the figurines were bottom-stamped with the company imprint and sold with a green "Beswick England" foil seal. Each character is engraved with a model number. The dwarfs measure between 9 -10 cm tall. 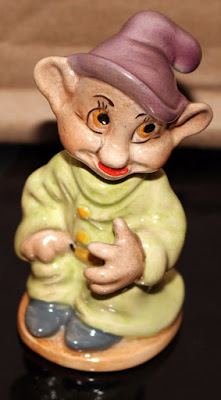 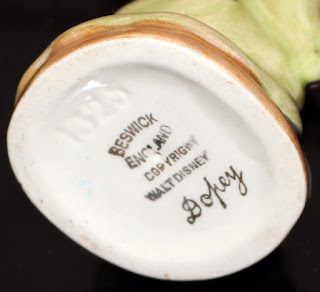 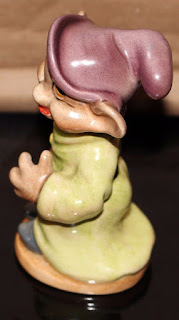 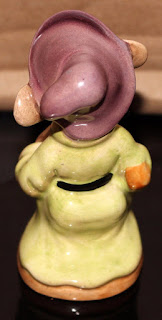 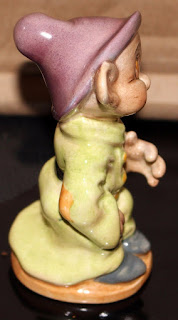 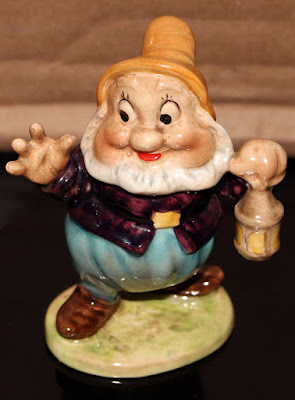 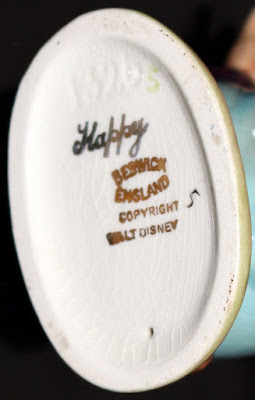 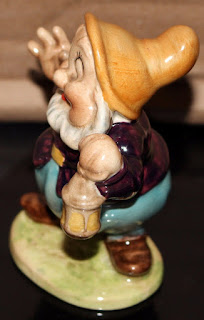 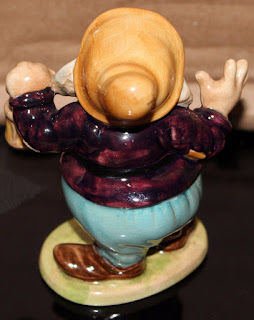 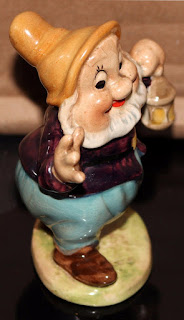 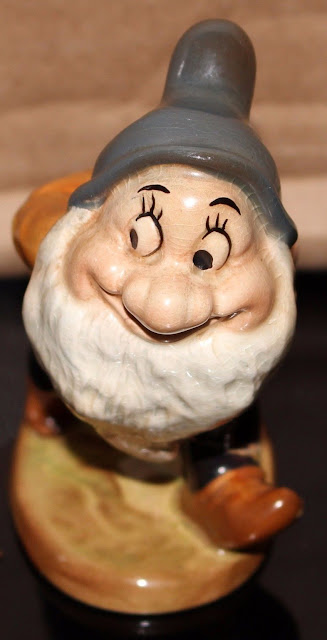 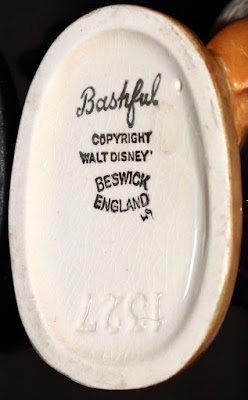 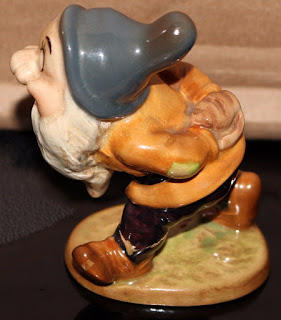 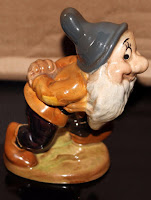 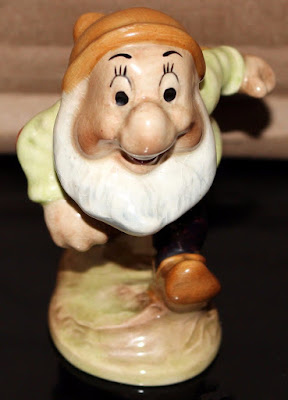 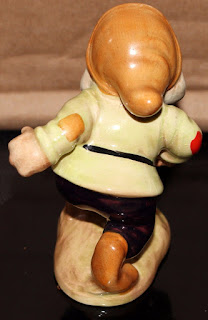 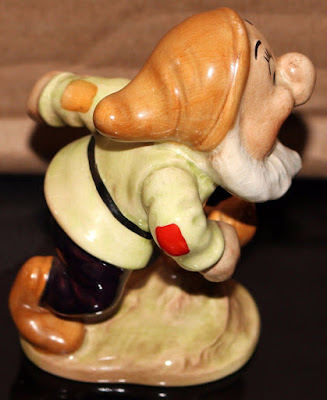 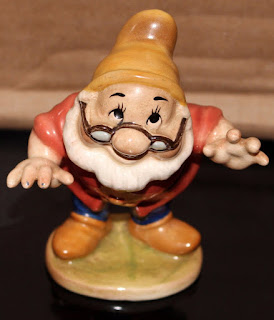 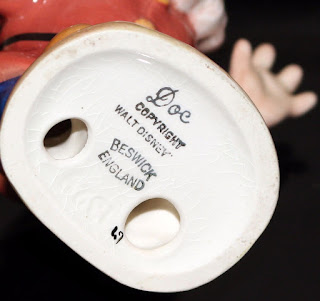 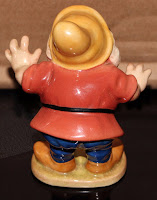 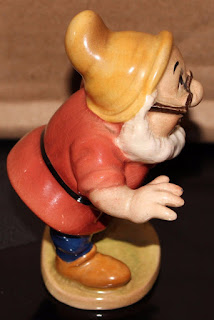 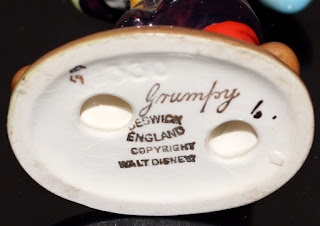 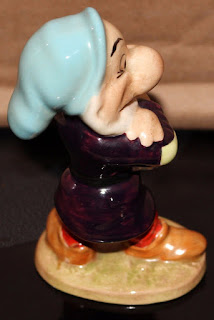 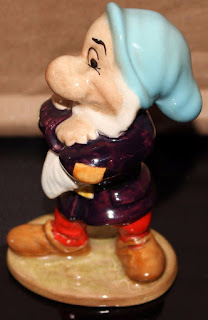 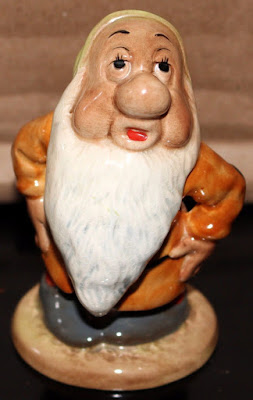 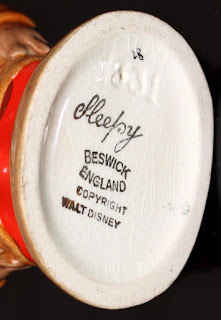 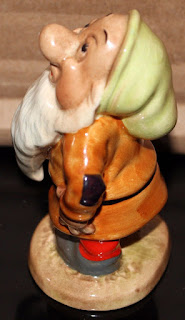 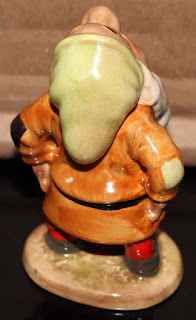 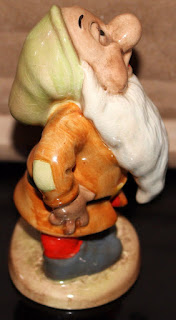 The Snow White figurine released in 1954 looked nothing like the Disney princess. Someone high up must not have been happy about this. A redesigned mold was created and a brand new Snow White figure was issued in 1955. As a result, the original princess figurine is more rare than the latter. See both in the next post.
Posted by Snow White Archive at 12:01 AM