A set of porcelain figurines produced by Wade of England in 2009. Ten figures in all. Approximate measurements: Prince 3.5", Snow White and Witch 3", Dwarfs 2". Each is marked Wade on side base.

The pieces do bare a resemblance to the Disney characters. However, this set was not licensed by the Disney Company. Thus the artwork needed to be different enough so as to not run into copyright issues. Nonetheless, we can still pretty much tell which dwarf corresponds to their Disney counterparts. From left to right: Grumpy, Happy, Sneezy, Bashful, Sleepy, Dopey, and Doc. 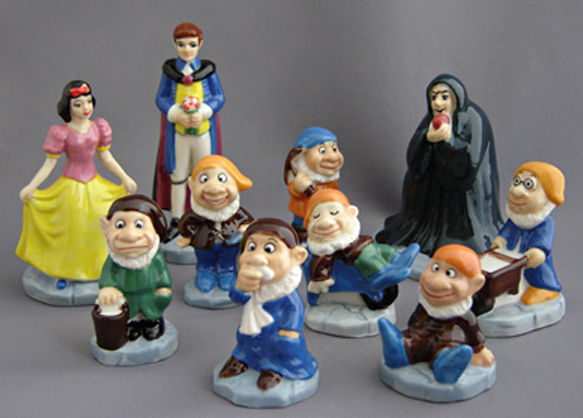 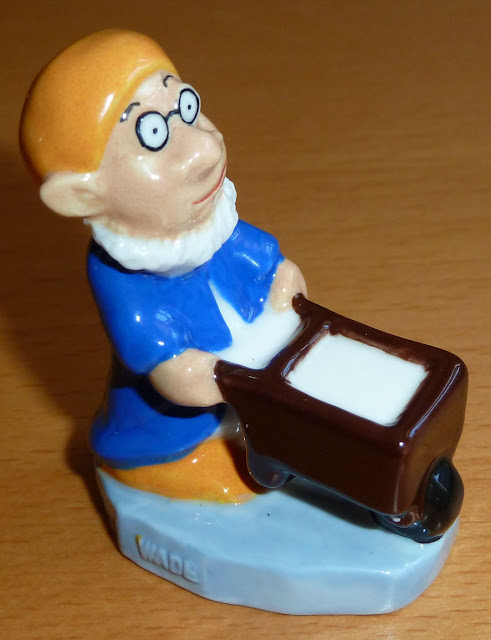 A special limited edition of 50 gold-base sets was also produced. 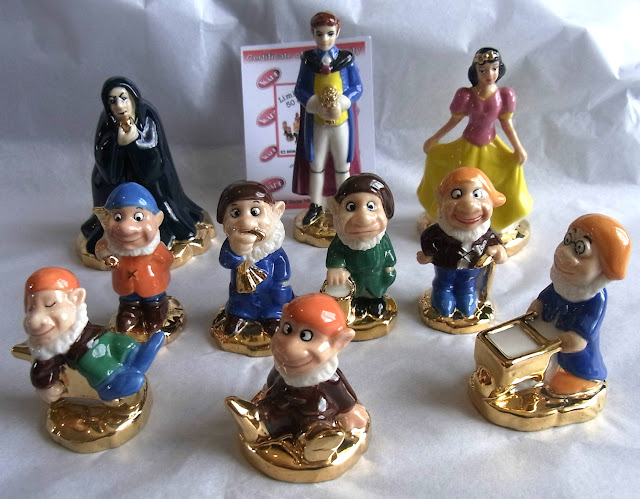 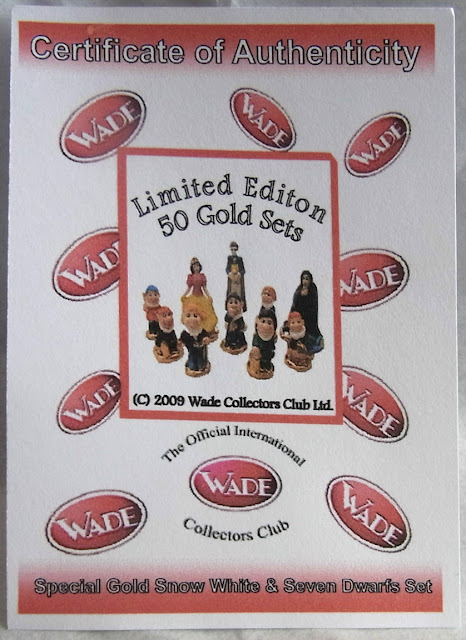