Larry Sobel was a newspaper artist who created the drawings for a regular syndicated feature called Movie Shorts Quiz. Among his many entries was this one from 1940. It spotlighted The Great Walt Disney Festival of Hits, a compilation release of five Disney films including Snow White. 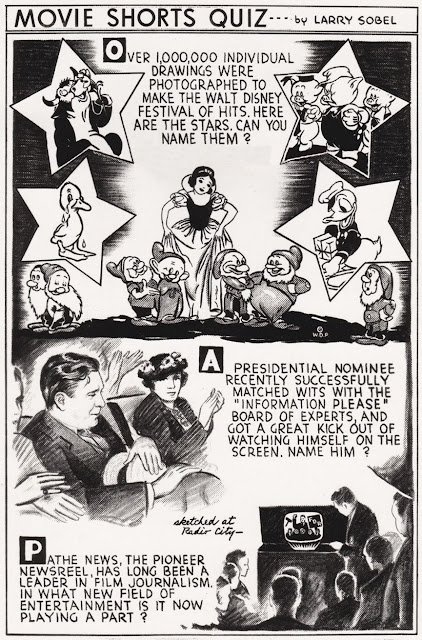 
Here's another example of Sobel's work which includes Donald, Mickey, Pluto, and Horace Horsecollar. It's the original cartoon panel art in india ink and stippling on heavyweight paper. The feature appeared in newspapers on July 5, 1940. 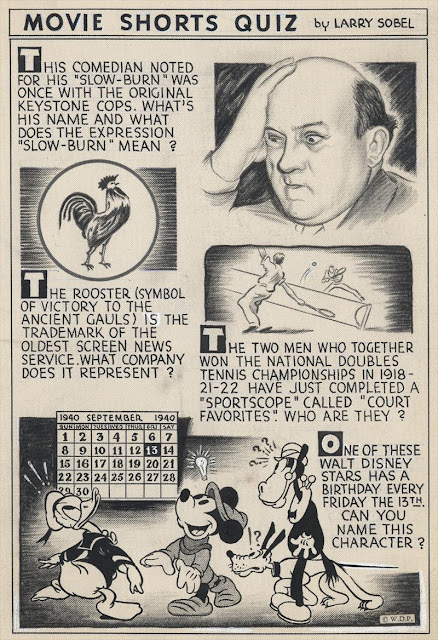