Furuta Confectionery Co., Ltd. is a manufacturer of chocolate and candies in Japan. In the late 1990s-early 2000s, they issued a Snow White collection of nine tiny gashapon (vending machine) figures. Made of PVC plastic. "© Disney Enterprises, Inc."

These were part of the Choco egg series. They came packaged in paperboard boxes. Inside each was a foil-covered Choco egg (hollow egg-shaped hard chocolate). Inside this was a smaller plastic capsule. Inside this were figure pieces and the paper instructions. Each character would then need to be assembled to create the set seen below. One figure per egg. 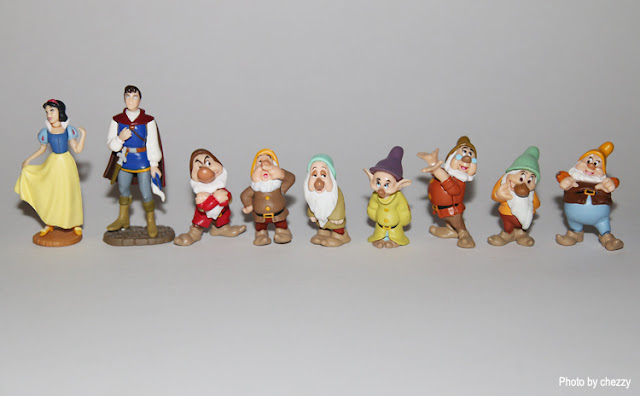 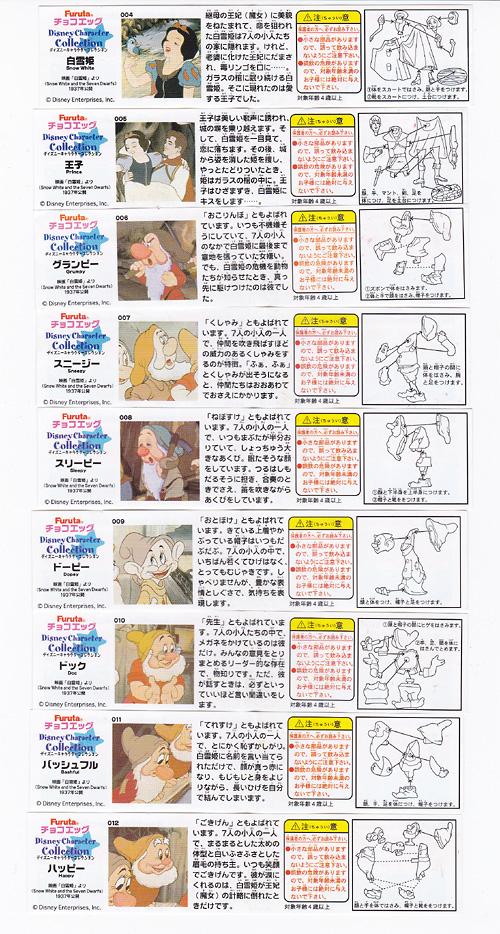 Images and info courtesy of the Cheryl Ridge Collection.