In an earlier Archive entry, we saw the 1954 French book, Le retour de Blanche-Neige (The Return of Snow White). It was published by Hachette in their Les Albums Roses series of children's books.

Another title was added to the series in 1955, La maison des nains (The Dwarfs' Cottage). Hardcover with 27 pages. Includes color illustrations. Also pictured is a 1965 reprint. 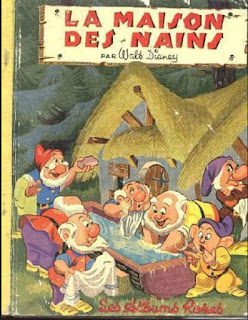 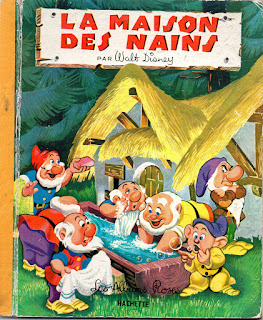 In 1959, The Dwarfs' Cottage story was republished in Il était une fois (Once Upon a Time). Snow White and the dwarfs are pictured on the cover. The hardcover book contains two stories, La maison des nains being the first. The second is Noah's Ark which does not include Snow White. 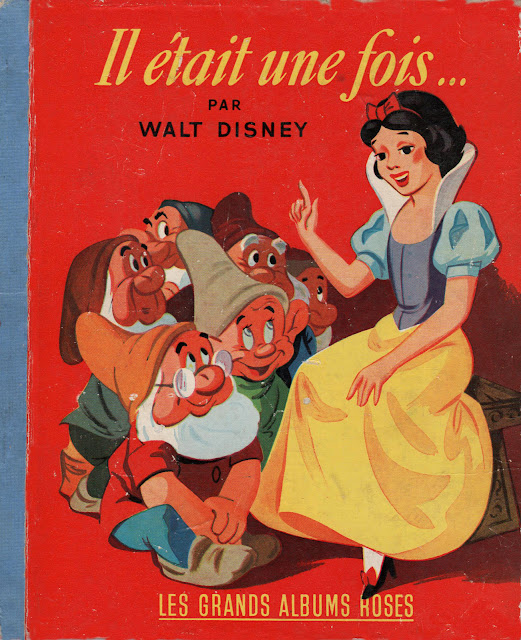