In a recent series of offerings at Heritage Auctions, numerous items from the Adriana Caselotti estate were made available. Several were related to the public appearances she made for Disney. Adriana partook in a myriad of promotional events over the years--visiting schools, hospitals, and shopping centers. She appeared on radio, in television specials, and was written up in periodicals and newspapers. Here's a few of the photographic items that were available at auction. 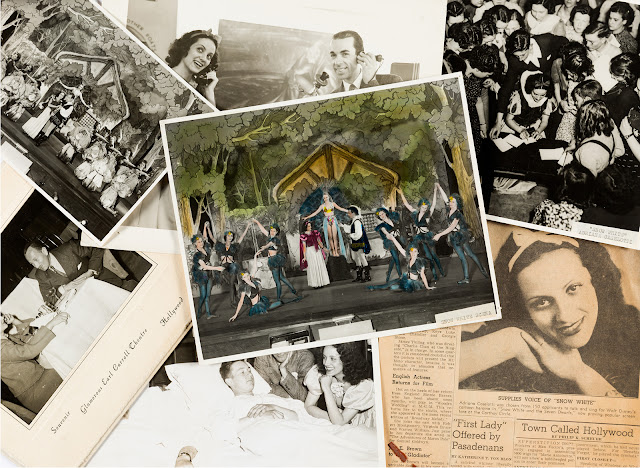 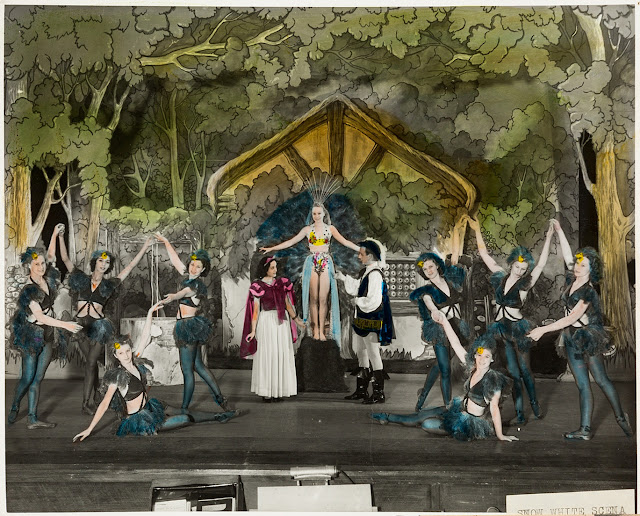 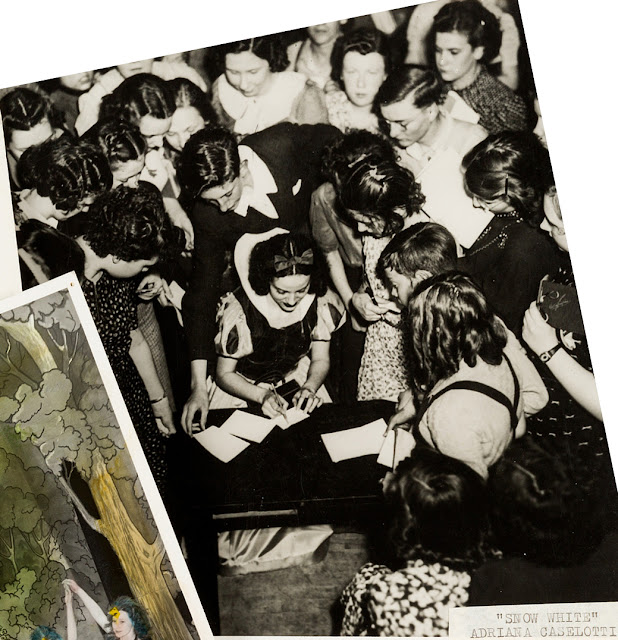 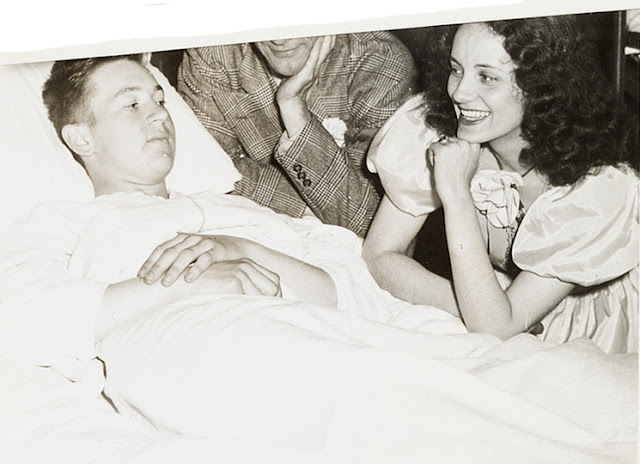 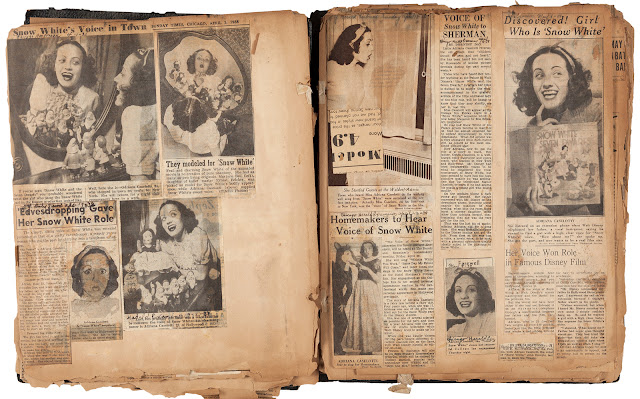 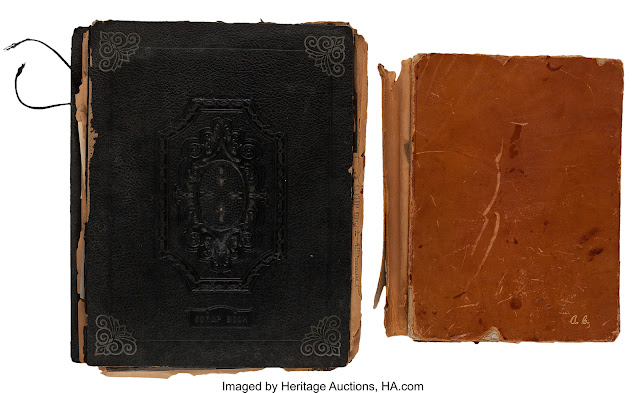 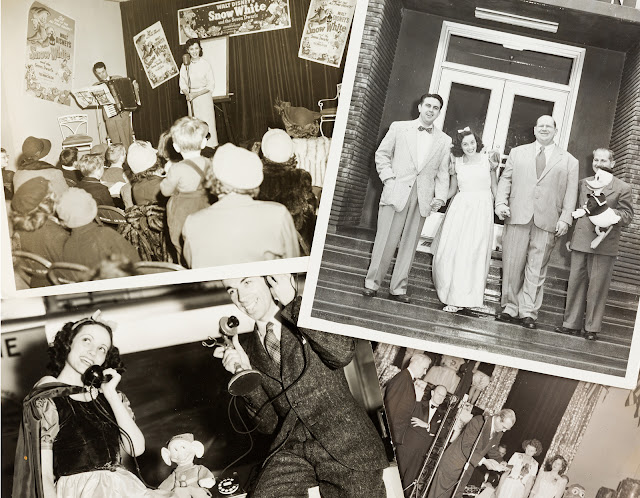 Singing on stage at an event for the 1952 re-release. 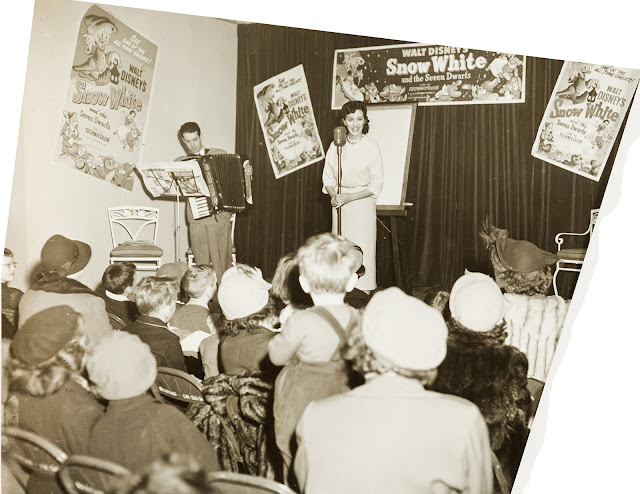 Heading out on tour again, possibly for the 1958 re-release of Snow White (or maybe the 1957 Cinderella reissue). Adriana poses in a Snow White dress. To our right is Roy Williams (Disney artist and "Big Roy" from the Mickey Mouse Club), and Clarence Nash (the voice of Donald Duck). We're not sure who the man is to the left, although one guess might be Dickie Jones (voice of Pinocchio). 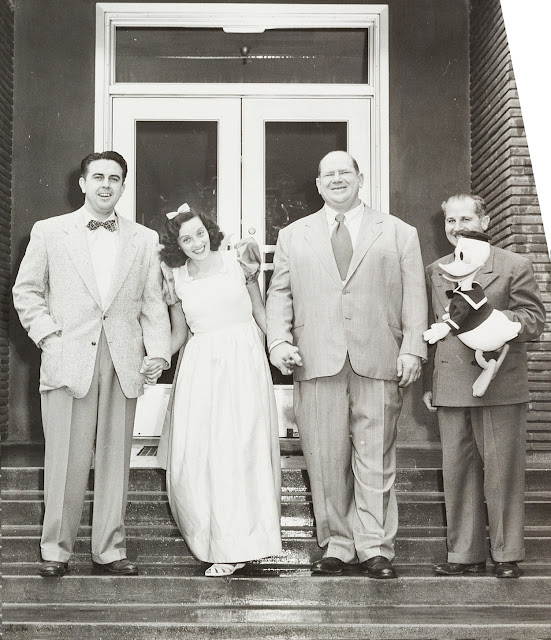 Special thanks to Nunziante Valoroso and François Monferran for their assistance with this post.


The fortunate collectors who took home these winning auctions now possess a gold mine of Adriana Caselotti photographic memorabilia, some of which is rarely seen on the market today.
Posted by Snow White Archive at 12:30 PM